The suspect, while speaking to newsmen, said he was promised large sums of money by those who involved him in the illegal act. 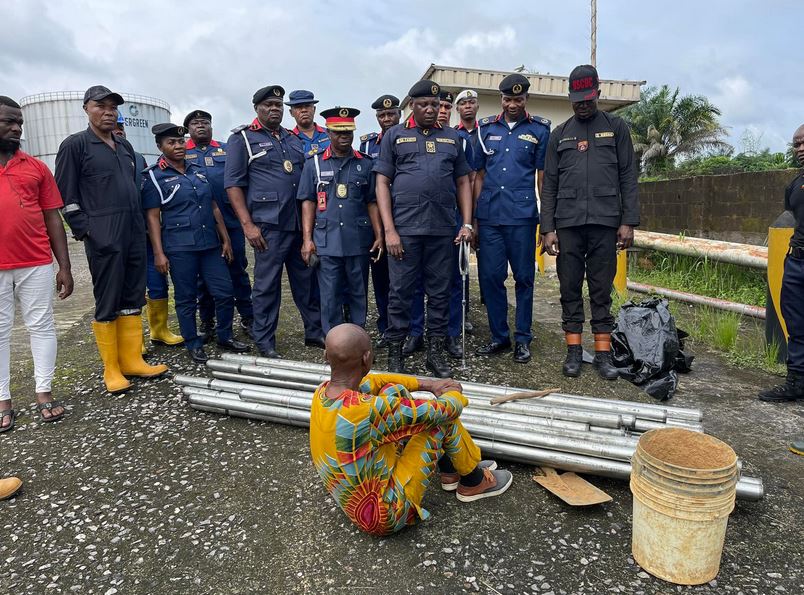 A security guard simply identified as Ajom has been arrested by the Nigeria Security and Civil Defense Corps (NSCDC) Cross River State Command, over an alleged attempt to vandalise Nigerian National Petroleum Corporation’s (NNPC) pipeline at the tank farm in Calabar.

Parading the suspect, Ajom on Monday, August 29, 2022, Commandant of NSCDC in the state, Samuel Fadeyi, said he is the security personnel with the moribund tank farm, Mettle Energy and Gas, where the pipeline was connected to.

Fadeyi disclosed that the suspect was arrested on August 26, by his men on surveillance patrol alongside the maintenance unit of Latee Jay company, a private outfit involved in the monitoring of pipelines in the state.

According to him, during the surveillance, they noticed a small collapsed hole around the area, suggesting that there was a pit in between.

"NSCDC officials dug the hole and they discovered that it was actually a tunnel, leading from the moribund tank farm, Mettle Energy and Gas, into the pipeline," he stated.

"Further investigation showed that they had some equipment which they were actually going to use to connect to the pipeline, breach it and then syphon petroleum product

"This whole digging took place underground, such that one will not know what was going on. The tunnel leads to the tank farm at one end and the other leads to the pipeline.

“We have commenced investigation, and the suspect is helping to give us credible information on those behind this illegal act”.

The commandant noted that the act was carried out by a cartel, assuring that the corps would ensure that those at large were also arrested.

He disclosed that the owners of the tank farm must have permitted the illegal act, adding that the digging of the pit to breach the NNPC pipeline was done within a month.

"Oil theft has been a major problem, in fact it has dominated the major discourse in the country right now because of the effect on the nation’s economy. Last week, the Commandant General of NSCDC, Dr Abubakar Audi, read a riot act to commands in the Niger Delta particularly on the need to strengthen the anti vandal team.

"That message was passed unto my men and you can see the result. I can assure you that the perpetrators of this act won’t be spared,” he added.

The suspect, while speaking to newsmen, said he was promised large sums of money by those who involved him in the illegal act.

"Two men came into my office and said they want to help me make some money. They asked me to allow them to dig the pipeline and I did," he said.

"They asked me not to panic that I was going to make huge amount of money. They gave me N500 on the first day they came. They went and brought people from Portharcourt who dug this tunnel day and night. They promised that when they want to lay the pipes, they will give me huge amount of money." 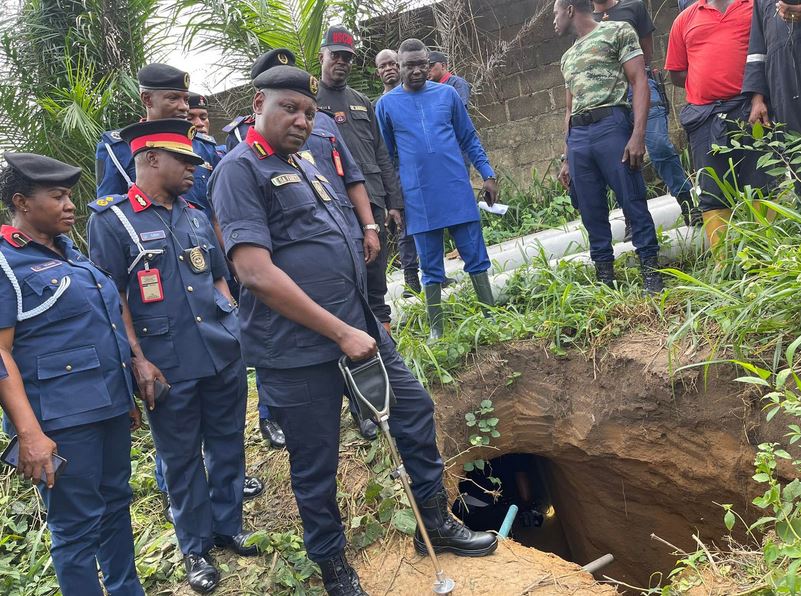 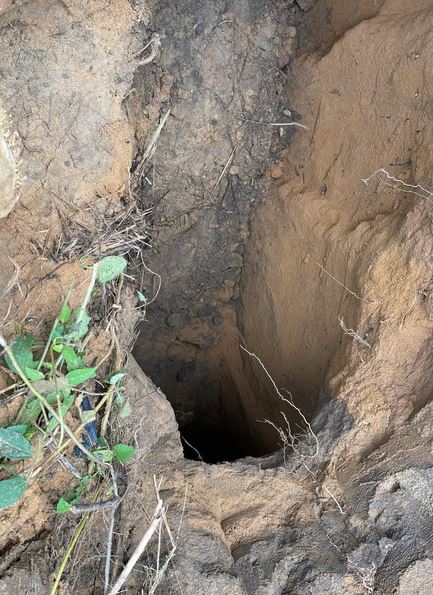 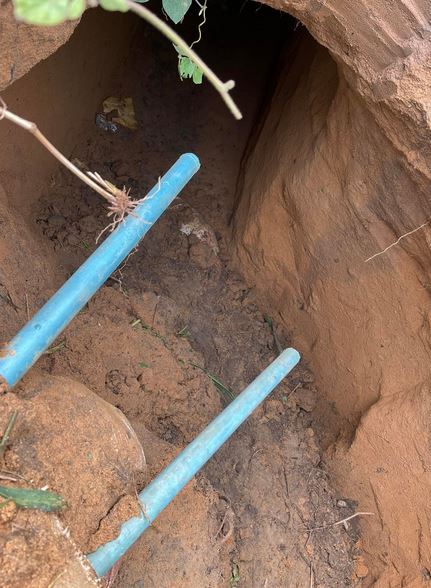 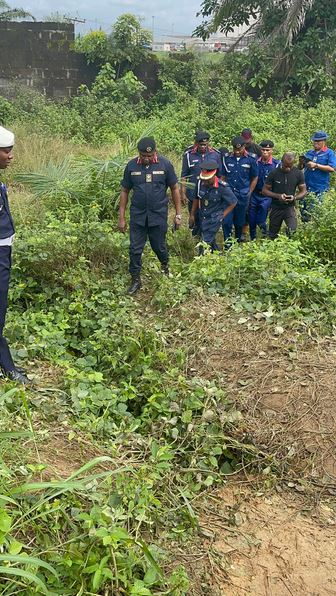