During Tacha’s time on the reality show, she was known for her controversial behavior which led to several altercation with other housemates. 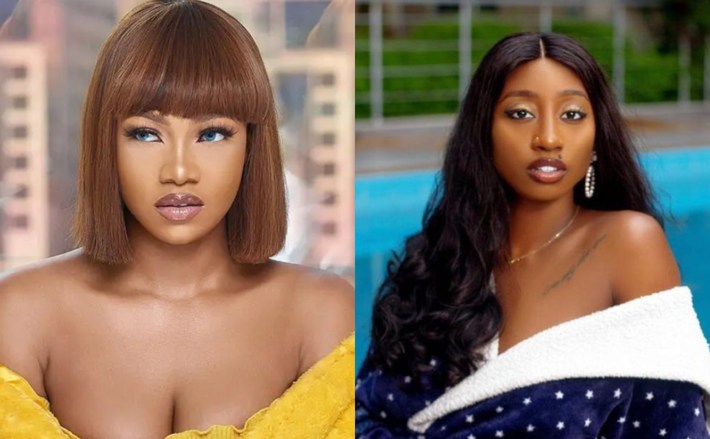 Ex-BBNaija housemate, Tacha Akide has called out Big Brother Naija (BBNaija) ‘Level Up’ housemate, Doyin.
Tacha claimed Doyin is obsessed with her.
Tacha was one of the housemates from the fourth season of Big Brother Naija.
During Tacha’s time on the reality show, she was known for her controversial behavior which led to several altercation with other housemates.
These altercations earned her three strikes and her eventual disqualification from the show.
But in a chat on Monday night with Amaka, a now-evicted housemate, Doyin said before now she feels Tacha was responsible for all the altercation she had with her housemates.
She added that she now understand that some annoying things happen in the show that might have been the cause of Tacha constant confrontations.
“I feel Tacha also causes some of the things herself let’s be sincere, I felt like the way she talk to people was about rude,” Doyin said.
“But at this point, I don’t even blame her. Before I didn’t understand but now I’m in the house I know people can be annoy you. Even if normally you won’t talk to people like that, there are certain situation that will happen to you in this house that will make you so pissed.”
Reacting to Doyin’s comment via her Instagram story, Tacha berated Doyin for being “obsessed” with her.
“Doyin or whatever her name is should come f**k me at this point!! Girl is obsessed,” she wrote.
See post below; 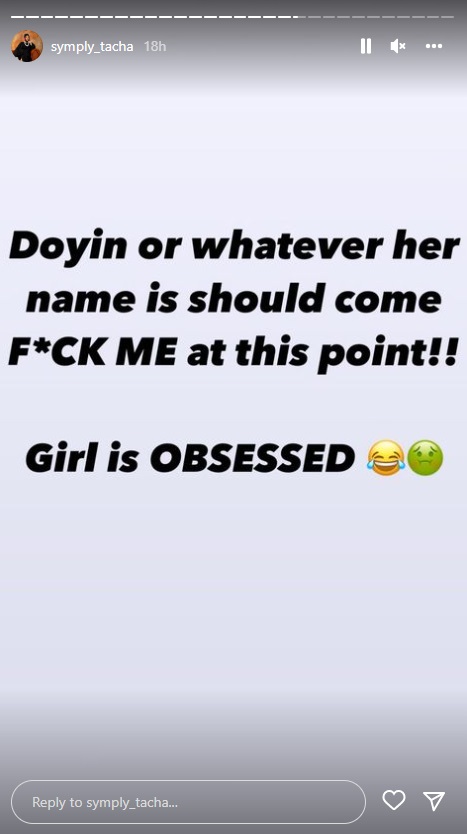