Many people are feared trapped in the rubble as of the time of filing this report. 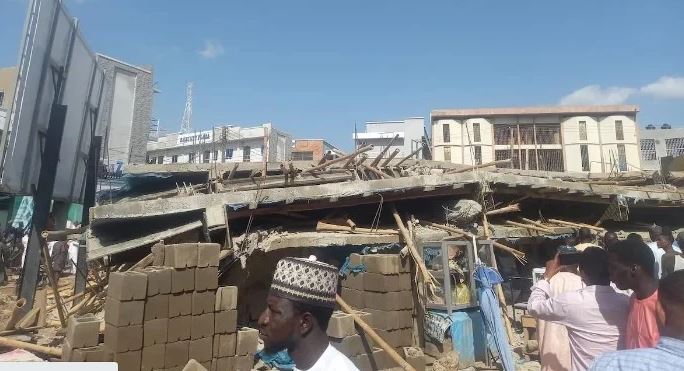 A building located on Beirut road in Kano state, which is under construction has reportedly collapsed.

The building is one of the GSM markets in Kano state.

Many people are feared trapped in the rubble as of the time of filing this report.

According to a witness, some of the persons inside the building when it caved in could not be rescued because there was no available equipment.

The voice of one of the trapped victims could be heard when he was called on the phone.

“We just called his number and he is picking calls. Only that there is no way for him to escape,” one of the witnesses said.

Meanwhile, a member of the rescue team who got to the scene early, said an excavator in on its to the place to boost efforts to rescue all the trapped victims.