The governor, while presenting the armoured vehicles to security chiefs in the state on Tuesday at the Government House, vowed to end banditry in the state. 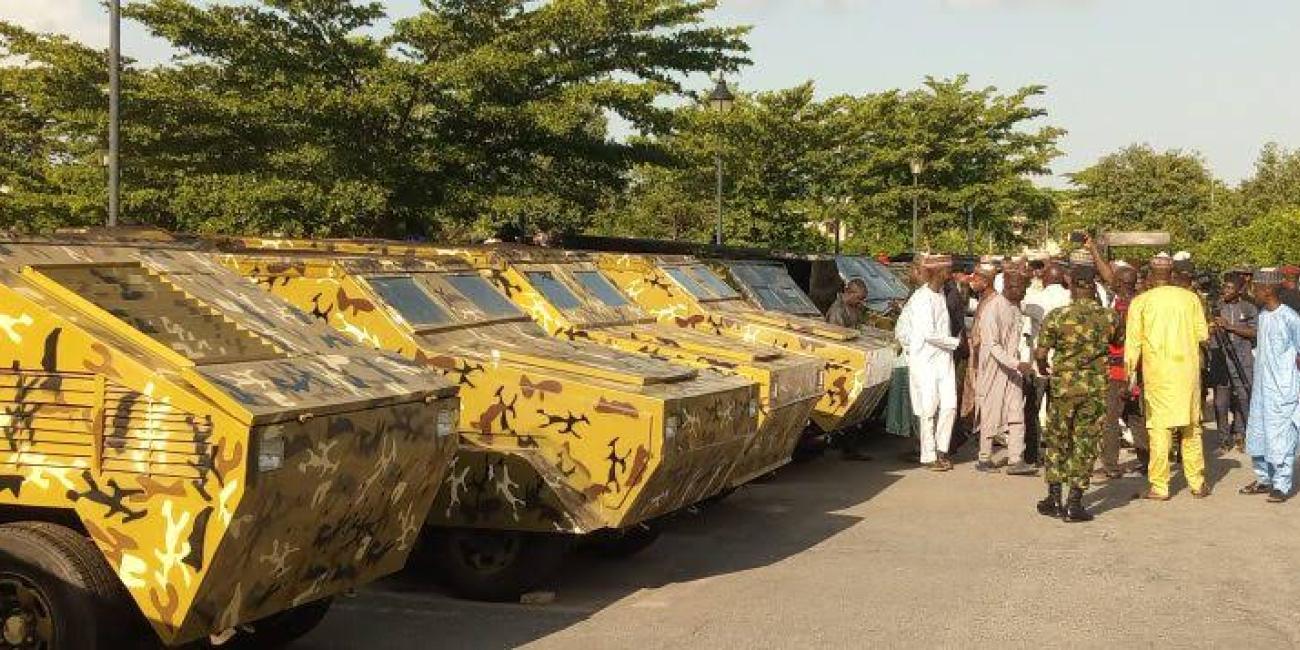 10 additional armoured vehicles have been purchased by the Katsina State government to fight banditry and insurgency in the state.

“With the recent acquisition, the state now has at least 30 armoured vehicles to fight the diehard bandits in the state,” Governor Bello Masari said.

The governor, while presenting the armoured vehicles to security chiefs in the state on Tuesday at the Government House, vowed to end banditry in the state, Daily Post reports.

Katsina, which is President Muhammadu Buhari’s home state, is one of the states worst hit by banditry.

Bandits storm many communities to terrorise, kill and kidnap people without being challenged by security forces.

According to Masari, his administration is working with the Inspector General of Police and some local producers to equip security agents in the state to face bandits.

Masari, who lauded the efforts of security personnel in the state, expressed confidence that banditry and terrorism will be quashed in the state and Nigerian at large.

The governor in March said he regretted trusting bandits, who deceived his government into believing that they had surrendered their weapons by swearing with the Qur’an in his office.

“Because they (terrorists) said they are Muslims, we went as far as asking them to swear to the Holy Qur’an that they will never participate in banditry again.

“All of them did in this office but even those that have been in jail for over two years that were brought out are today bandits’ leaders,” Masari said.

The governor stated this during a visit from the United Nations Development Programme in Katsina, according to ThisDay.

Masari said he regretted believing the bandits were serious when they swore by the Qur’an and vowed never to trust them again, saying he now realised that he had negotiated with “thieves”.

“Anybody who says he is going to engage them on anything is free. I will pray for him but I will not do it again,” Masari said, adding that after failing him twice, he would be a fool “to go the same way”.

The governor said bandits had failed his colleague, Governor Bello Matawalle of Zamfara three times while describing them as “common criminals”.