According to the press release, the thugs who were armed with cutlasses, knives, sticks and other dangerous weapons, mercilessly inflicted serious injuries on some vigilante members. 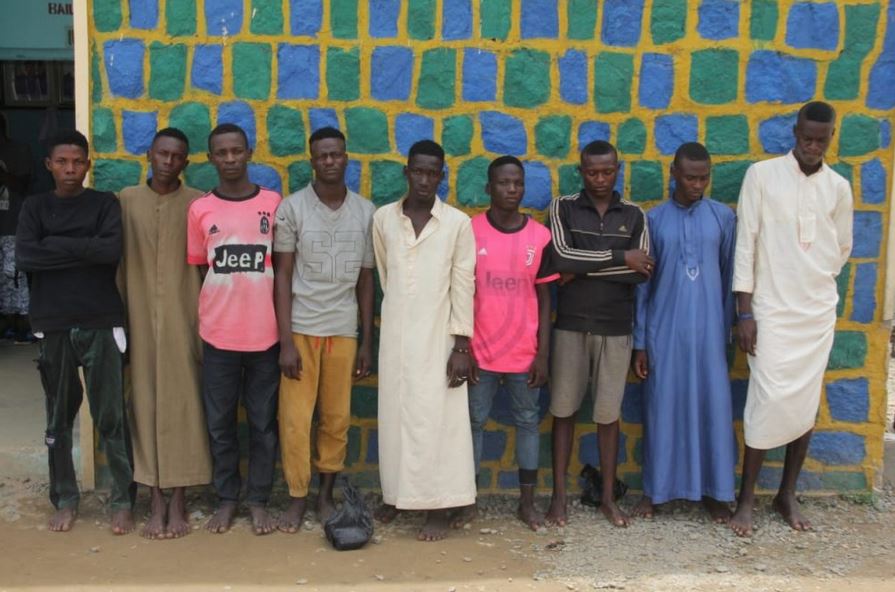 Twenty-two thugs have been arrested by men of the Bauchi State police command for allegedly attacking and inflicting injuries on some members of the vigilante within the Bauchi metropolis on Thursday.

The Police Public Relations Officer of the Command, SP Mohammed Wakil, who made this known in a press release made available to journalists in Bauchi, said that the incident occurred on 30th August, 2022.

He said that “the police got an intelligence report on 30/08/2022 at about 1300hrs that on the same date at about 1235hrs some group of notorious thugs attacked members of peace and security committee in Bakin Kura office.”

According to the press release, the thugs who were armed with cutlasses, knives, sticks and other dangerous weapons, mercilessly inflicted serious injuries on some vigilante members.

Those injured according to the PPRO are: Danladi Suleiman 32-year-old and Yakubu Ibrahim 42-year-old.

He also said that on receiving the information, detectives led by the Commander Rapid Response Squad (RRS) responded swiftly and succeeded in arresting the 22 male suspects.

Exhibits recovered from the suspects, the PPRO said are: three knives, two cutlasses and two sticks.

The PPRO, Wakil, who said that all suspects have confessed to the crime, noted that the Commissioner of police in the State, Umar Mamman Sanda has directed that the suspects be charged to court.

He added that the CP has also directed that a special operation be mounted to protect citizens, especially in this period.