Dramatic footage shows the man holding a pistol just inches from her head as she greeted the crowd. 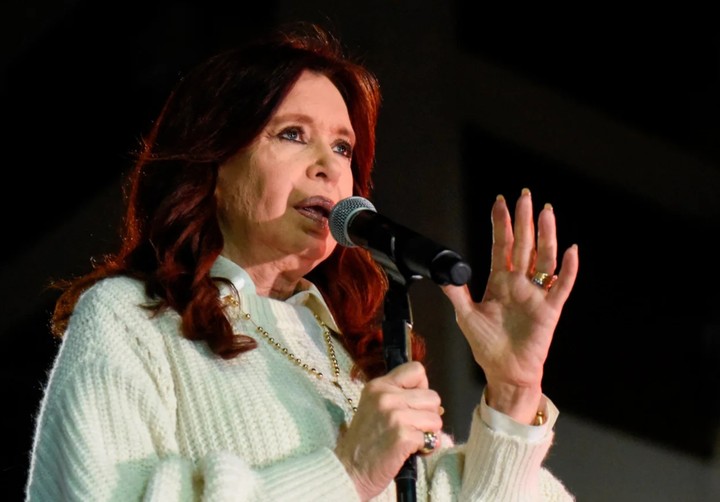 The Argentine Vice President has escaped death miraculously during an outing after a man pulled a gun at her face in an attempt to assassinate her.
Sun UK reported that Cristina Fernandez de Kirchner, 69 escpaded death on Thursday outside the entrance of her home in Buenos Aires.
She was unharmed after the handgun misfired just inches from her head, the country's president said.
Hundreds of supporters had gathered outside the entrance of de Kirchner's home in Buenos Aires on Thursday night when the man threatened the politician with a gun.
Dramatic footage shows the man holding a pistol just inches from her head as she greeted the crowd.
The terrified politician can be seen ducking and holding her head as her security officers overpowered the man within seconds after he pulled the trigger.
He said: "A man pointed a firearm at her head and pulled the trigger.
"Cristina is still alive because, for some reason yet to be confirmed, the gun did not fire."
Gina De Bai, a witness who was near the vice president during the incident, told The Associated Press she heard the sound of the trigger being pulled.
She said she didn't realize it was a handgun until the man was tackled by security personnel.
The man - who cops have identified 35-year-old Fernando André Sabag Montiel from Brazilian - was detained within seconds.
Sergio Massa, the country’s economy minister, called the terrifying incident an “attempted assassination.”
“When hate and violence prevail over debate, societies are destroyed and situations like these arise: attempted assassination,” he tweeted.
According to an official at the Security Ministry, who spoke on condition of anonymity, the weapon was a .32-caliber Bersa.
President Fernandez called it "the most serious incident since we recovered democracy in 1983 after a military dictatorship".
Former President Mauricio Macri also condemned the attack.
He wrote on Twitter: "This very serious event demands an immediate and profound clarification by the judiciary and security forces."
De Kirchner is currently in the middle of a corruption scandal and was returning from court when she came into contact with the crowd.
She is accused of being involved in a plot to divert public funds while she was president between 2007 to 2015.
Prosecutors said de Kirchner could face up to 12 years in prison if convicted and a lifetime ban from politics.
She has denied all charges.
Top Stories