How I Lost Wife, N900,000 Pension, Others To Gas Explosion – Septuagenarian Tells His Story


The ex-soldier lost his 70-year-old wife, and valuables, including cash and vital documents, to a fire triggered by a gas explosion in the Ijela area of Abeokuta, Ogun State. 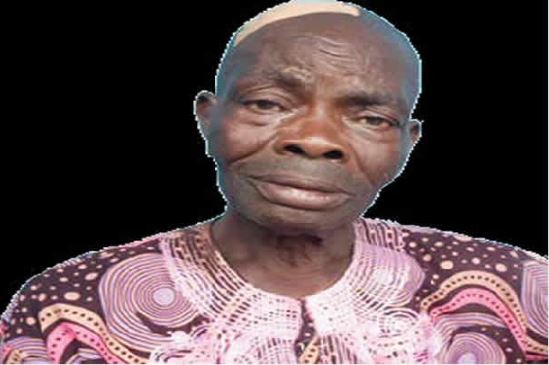 Pa Saula Ajayi, a 76-year-old retired soldier, has talked about the tragedies that befell him recently.

The ex soldier lost his 70-year-old wife, and valuables, including cash and vital documents, to a fire triggered by a gas explosion in the Ijela area of Abeokuta, Ogun State.

What is your name, age and what do you do for a living?

Are you the owner of the building that got burnt following a recent gas explosion in the Ijela area of Abeokuta, Ogun State?

How did the incident happen?

Were you the only one at home?

No, I was not the only one at home; my wife was downstairs washing clothes when the incident happened. On hearing the shout by neighbours that our house was on fire, I rushed out of the bathroom naked.

How were you able to make it out of the house?

It was my neighbours that came to rescue me.

Is it true that you lost your wife to the incident?

Yes, she died of shock. She fainted out of shock following the explosion.  She was rushed to a nearby hospital for urgent treatment but she died four days after in the hospital.

We were told the following day that her health wasn’t improving, so we had to move her, while she had been placed on oxygen, to Lantoro where we learnt that her condition had deteriorated and we were told that she would have to go through a CT scan, which wasn’t available in Abeokuta. We were referred to the Ogun State Teaching Hospital, Olabisi Onabanjo at Sagamu and on getting there, we were unattended as they claimed that the doctor that would attend to her was not on seat. Again, we were redirected to the Federal Medical Centre from Saturday till the moment she died on Monday. All the effort put into saving her life proved abortive.

Did she have an underlying ailment before the incident?

Not at all; we were both strong and healthy.

What is her name and how old was she?

Her name is Elizabeth Ajayi; she was 70 years old

Did you lose any property?

I lost a lot of things to the fire. I lost all my documents that I collected in the Army; all my properties that I acquired  all my life have gone. My pension of over N850,000 was lost to the fire incident.

You said you had some cash in the house, which also got burnt.

What did you plan to do with the money?

I wanted to use it to complete my house, which is under construction at Oke Ata (Ogun State).

How exactly do you feel about this tragic incident?

I feel bad and devastated.

Do you have children?

Yes, I have nine children.

Where do you live now?

I stay with my friend.

For how long had you been living in the house that got burnt?

Up to four years now.

Where did you serve during your time in the Army?

Have you informed the Army about the incident?

I am yet to inform the Army. I am not even sure of how to go about that because even all my documents that will prove that I was truly once a member of the force are gone. In fact, the documents I need for my pension are all gone and without those documents, I won’t be able to collect my pension.

What kind of assistance do you need now?

I want people to assist me in any way they can because all my retirement documents were burnt and I won’t have access to my pension again. I don’t have anything again. All my properties are gone with the fire. I also need the government to help me in terms of my pension.