He said that he remains the party’s flag bearer for the 2023 elections contrary to insinuations that he has been suspended. 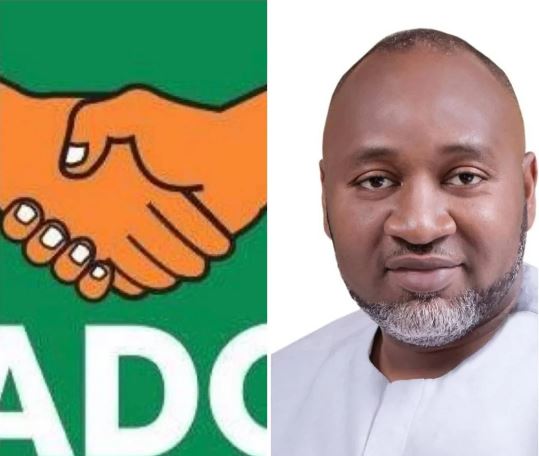 Dumebi Kachikwu, the presidential candidate of the African Democratic Congress (ADC), has reacted to his suspension by the party.

He said that he remains the party’s flag bearer for the 2023 elections contrary to insinuations that he has been suspended.

Daily Trust on Sunday reports that a statement released to newsmen on Saturday in Abuja, signed by Dr Bamidele Ajadi, who claimed to be the party’s Deputy National Chairman (Politics), said the decision to suspend Kachikwu was taken after an emergency National Working Committee (NWC) meeting held on Friday, September 2.

But addressing journalists few hours later, Kachikwu said that all the ADC NWC members alongside the chairman, Chief Ralph Okey Nwosu, who had been piloting the affairs of the party for the past 17 years, have been dropped.

According to him, the party is now under the control of the National Executive Committee (NEC) which has all state chairmen of the party in the 36 states of the federation and the FCT.

“The unsigned statement from previous leaders allegedly suspending me has no effect,” Kachikwu said during the press conference attended by some NEC members.

“Ralph has sought extension but we did not agree. He has been in office for 17 years, contrary to the ADC constitution. We don’t know how he held onto that position for this long. I was told he wanted to use the back door. The party had been trading their presidential candidates.

“My mandate and that of others are non-negotiable. Ralph appointed campaign DG without my consent. He announced the name of the person they wanted as my VP but I rejected. State chairmen told me they are not inclined to tenure extension. We would not go into alliance or trade any seat. Candidates have reached out and I promise to protect them,” he said.

He also said that Ajadi, who signed the statement suspending him, is a member of the former leadership which tenure elapsed on August 28.

The Chairman of the Kogi State chapter of the party, Kingsley Temitope Ogga, while addressing newsmen shortly after the party’s National Executive Council (NEC) meeting in Abuja, said Nwosu has been the party’s Chairman for 17 years and has overstayed his tenure.