The viewers with the least votes were evicted on Sunday alongside the fake housemate.

Organisers of the Big Brother reality show revealed how viewers voted for their favourite housemates.

This comes after the eviction of Diana and Giddyfia from the Level Up house.

Recall that last week Modella, a fake housemate was told to leave the show

On Monday, Amaka was evicted after housemates nominated her for immediate eviction.

Giddyfia and Diana were evicted during the live show.

They had the least votes and were evicted from the reality TV show.

Here is how viewers voted: 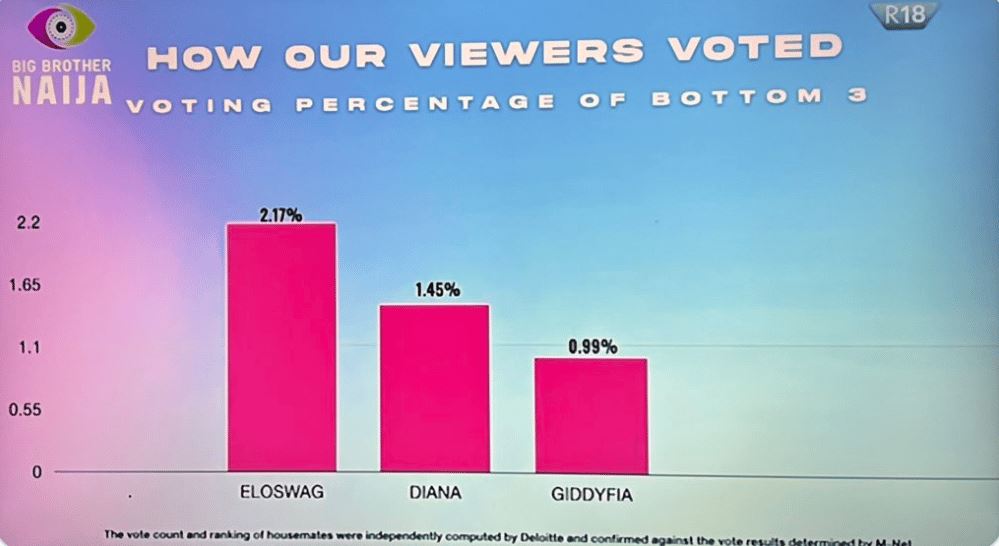