Recall that the wife of the former governor of Lagos State, Asiwaju Bola Tinubu was caught in a video asking deities to chase Igbos out of Lagos. 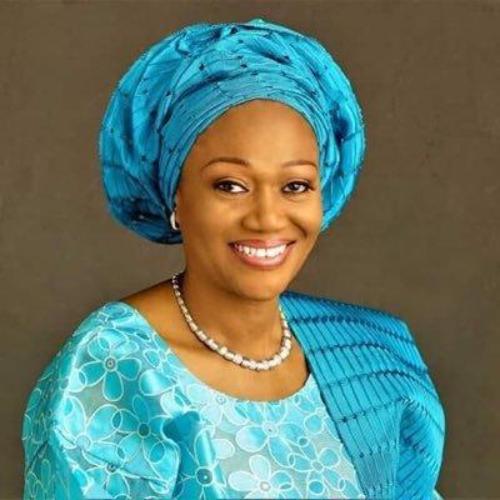 Following criticisms that followed a video of Senator Remi Tinubu urging deities to chase Igbos out of Lagos, the Redeemed Christian Church of God has reacted.
RCCG reacted after social media users faulted the church for ordaining Senator Remi Tinubu as a pastor.
Mixed reactions have since trailed the controversial video showing the Senator representing Lagos Central at the National Assembly talking about the Igbo and their alleged refusal to align with Lagos’ local politics.
According to the wife of the former governor of Lagos State, Asiwaju Bola Tinubu, the Igbo residing in the state “were proving difficult despite the love shown to them”.
She said, “We will entreat all the deities of Lagos to chase Igbo people out. Igbo who didn’t marry Yoruba, we will inherit them. Given how much we love Igbo, you now want to spoil everything.
“You are not the only tribe in this place, Hausa are here, we accommodate them, Calabar are here, we accommodate them. But Igbo are proving difficult. We will inherit you.
“Despite the love we have for you… others are here and we accommodated them.”
While reacting, Twitter users were divided over the tone and meaning of her comment.
One Twitter user, @BadmusAdeyemi12, said, “She was just joking in the video. She didn’t mean what she was saying. That could be seen in her gesture.”
On his part, @4eyedmonk said, “…How can you say Remi Tinubu hates Igbo when in the same video she said, ‘Pelu ba she nife yin to,’ meaning, ‘considering how much we love you “Igbo?'”
However, some tweeps couldn’t believe that a pastor of the RCCG could be uttering such words, especially in public.
@Nwafresh said, “For the fact that Remi Tinubu is an ordained pastor in RCCG and still maintains her position after different hateful videos against the Igbo makes me understand why the Bible said that judgment will start from the house of God. Remi is an Antichrist.”
@drpenking said, “Sometimes I wish RCCG were like Jehovah’s Witnesses. You can’t consistently bring the image of the church into disrepute. They’ll disfellowship you no matter who you are and they’ll shun you like a leper. Remi Tinubu has dealt with RCCG‘s image so much.”
@mavisikpeme said, “So Remi Tinubu is really a pastor in RCCG? Those vile and hateful words cannot come from a servant of God. Must be a clone.”
@Oluomoofderby said, “How on earth is Remi Tinubu a pastor in RCCG? I honestly don’t get it. In saner climes, she would have resigned from the senate and kicked out of her political party.”
When The PUNCH reached out to the RCCG Head of Media and Public Relations, Pastor Olaitan Olubiyi, he said the church was not aware of the video.
“We are not aware(of the video) and I’m sure Remi Tinubu was not speaking as a pastor of the Redeemed Christian Church of God,” Olubiyi said.
Reacting to the comments questioning Tinubu’s ordination, he said, “I’m not in a position to answer that because the church knows what it considers before ordination and social media does not dictate to the church what the church should do. She has her life.”