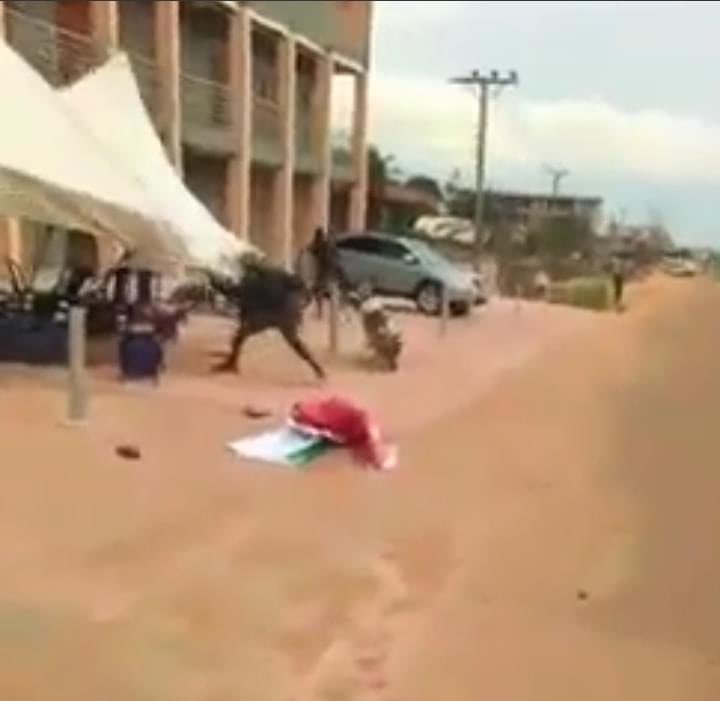 Unknown gunmen have attacked a Labour Party office destroying properties ahead the 2023 general elections.
The gunmen suspected to be political thugs attacked members of the Labour Party during their meetings in Enugu State.
The attack happened on Sunday during Ward meetings at Aninri and Awgu local government areas of the state.
Nobody was killed in the attack, some people were injured while their cars, chairs and canopies were vandalised.
The LP governorship candidate, Hon Chijioke Edeoga, confirmed the attack on the party members.
Edeoga said he received a report of gunmen suspected to be political thugs attacking their members during their monthly meetings at Aninri ward and Awgu ward 1, and destroyed chairs, cars, canopy and wounded some people.
He said, "Nobody was killed but some people were wounded and cars vandalised.
"I was told that the gunmen chased away our members and shot indiscriminately, causing panic. Chairs and canopies were destroyed, cars of members packed were also vandalised."
Meanwhile, efforts to get the reaction of the state police command were unsuccessful as the Command's spokesman, Daniel Ndukwe, could not take his calls or respond to text message.