The crash which occurred around 12.50 pm, involved four persons, the truck driver, two of his passengers and the deceased cyclist. 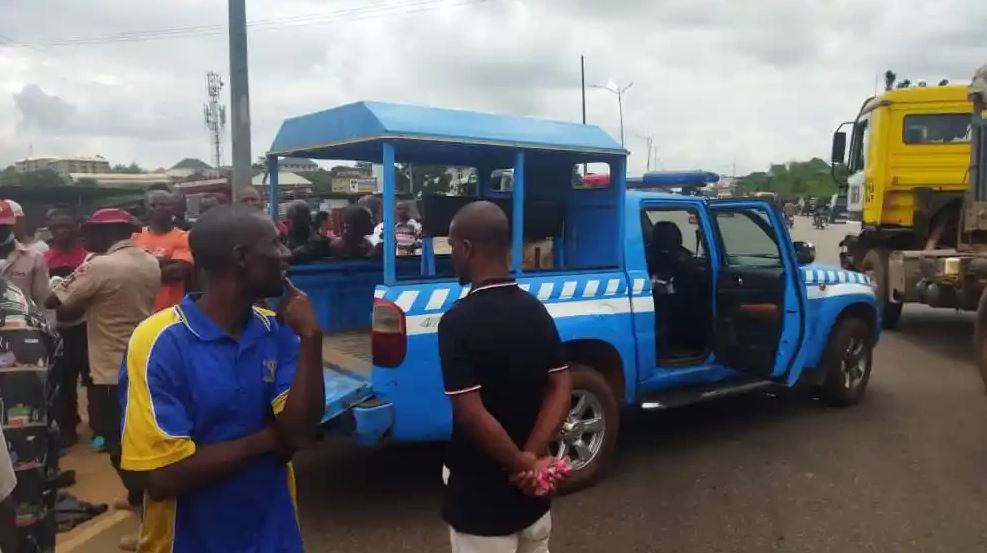 A tragic accident has led to the death of a commercial motorcyclist by a speeding truck driver at building materials junction, Ogbunike by Onitsha-Awka expressway in Anambra State today September 6.

The crash which occurred around 12.50pm, involved four persons, the truck driver, two of his passengers and the deceased cyclist.

An eyewitness said the truck driver hit the cyclist while driving against traffic, adding that he quickly abandoned his truck and took to his heels with two of his passengers.

Confirming the sad incident, the Sector Commander, Federal Road Safety Corps (FRSC), Corps Commander Adeoye Irelewuyi, blamed the cause of the crash on route violation.  He condoled with the deceased family, warning motorist to desist from route violation as it amounted to dangerous driving.

Four male adults were involved in the crash. One male adult the motorcylist was killed while none was injured.

FRSC personnels from RS5.33 Nteje took the dead victim to Iyienu Hospital Ogidi where he was confirmed dead by the doctor on duty and his corpse deposited at same hospital mortuary.

FRSC men on ground managed the traffic caused by the crash and ensured obstructions caused was cleared.”he said