How Four Women, 7-Month-Old Baby Perished In Another Canoe Mishap In Jigawa


He said the incident happened on Tuesday evening when four women and a baby boarded a canoe from Nguru in Yobe State to Adiyani village in Guri. 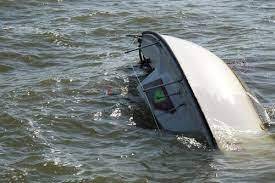 In what will come across as a really heartbreaking development, as many as four women and a seven-month-old baby have died in Jigawa State.

They died in another canoe mishap in the Guri Local Government Area of Jigawa.

He said the incident happened on Tuesday evening when four women and a baby boarded a canoe from Nguru in Yobe State to Adiyani village in Guri.

Shiisu explained that the canoe capsized close to their destination, and all passengers drowned while the driver managed to escape alive.

He said with the help of local divers, their corpses were recovered and taken to Adiyani PHC and certified dead by a medical doctor.

He said the corpses had been handed over to their families for burial, and the case is under investigation.

The incident comes a day after five people died, and four others were rescued from a boat mishap in Gwaram Local Government, Jigawa State.