Obi visited Okonjo-Iweala at the World Trade Organization (WTO) headquarters in the city of Geneva. 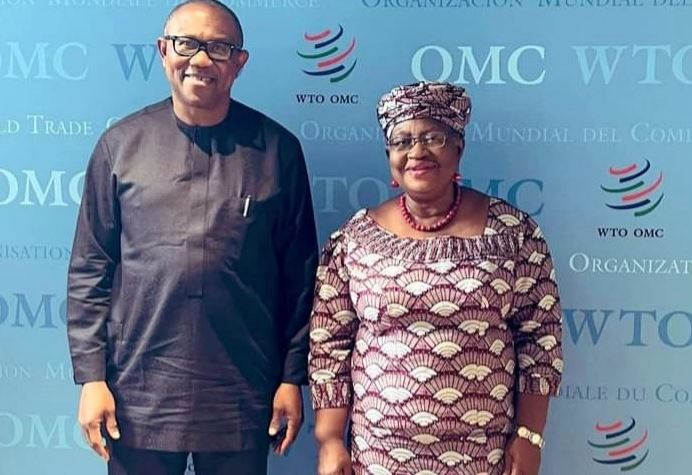 Obi visited Okonjo-Iweala at the World Trade Organization (WTO) headquarters in the city of Geneva.

The WTO Director General assumed office in March 2021, the first woman and first African to hold the position.

Obi said his meeting with the former Minister of Finance was to discuss and gain an insight about the country’s economic recovery.

The ex-governor of Anambra State said the talks on recovery deliberated the role of trade and investment given the dire straits the people are in.

“I thank Ngozi Okonjo-Iweala most sincerely for her time, frank engagement, useful advice and guidance.

“I remain committed to building a better Nigeria for the future generations”, he added.

The Labour Party (LP) flagbearer has been on a tour of foreign countries, since August, for meetings and consultations.