If Wizkid Wasn't My Guy, I'd Punch Him In The Face - Burna Boy 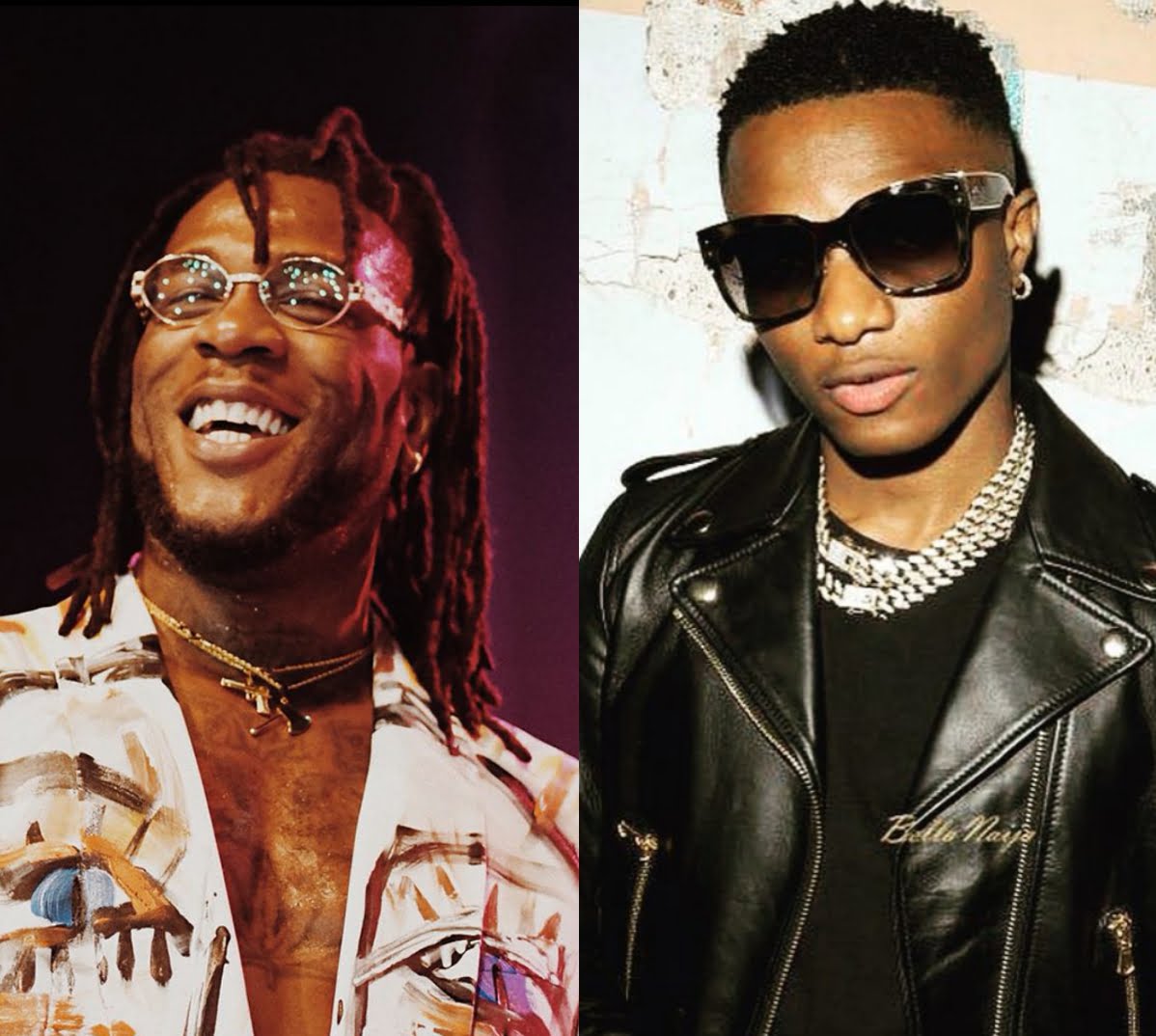 Grammy award-winning artiste, Burna Boy has attacked fans of his colleague, Wizkid, even threatening to punch him on the face.
His outburst was captured in a now-deleted post via his verified Twitter account while he was fighting with fans of Wizkid.
It all started after the African Giant took to Twitter to boast of his recent achievements.
However, a Wizkid fan noted that the superstar singer neither has the most certified African album nor the best-selling African album worldwide.
According to the Twitter user, Yousouf N’Dour, a Senegalese singer, songwriter, musician, composer, actor, businessman, and politician; has the most certified African album. Moreso, the tweep claimed that Wizkid has the best-selling African album worldwide.
Reacting to the claims in the deleted post, the Last Last singer stated that if Wizkid was not ‘his guy’ he would punch the Essence singer on the face when next they meet just to shut the mouth of his Twitter fans.
He added that he is not the pop star, Davido.
Making reference to the success of his 2019 album, African Giant, the singer wrote, “African Giant – Platinum in the Netherlands; Gold in Britain, Gold in Belgium; Gold in France. Four and more certs still coming in for this 2019 album. Number 2 ‘Global Drum Project” was a collaboration of Mickey Hart, Giovanni Hildalgo, Zakir Hussein, and Sikiru Adepoju, Not “His” album. OLODO FC.”
In another tweet, the Common Man singer posted, “If he wasn’t my guy, then I would definitely have banged him in the face on sight just so his Twitter jokers realise I’m not Davido. But Alhamdulilah I know better and I’m mature enough to know he’s not you.” 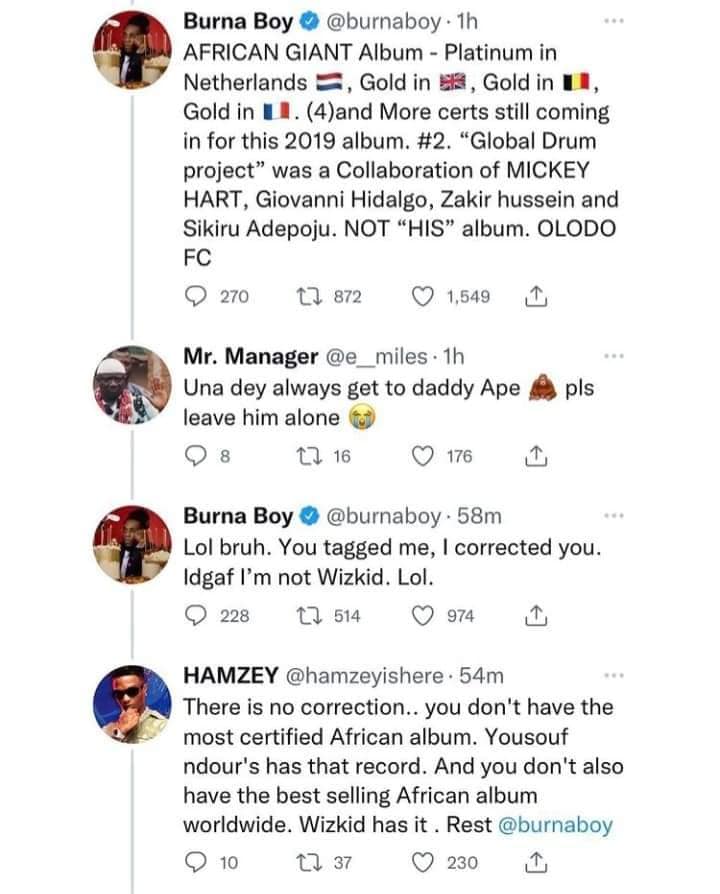 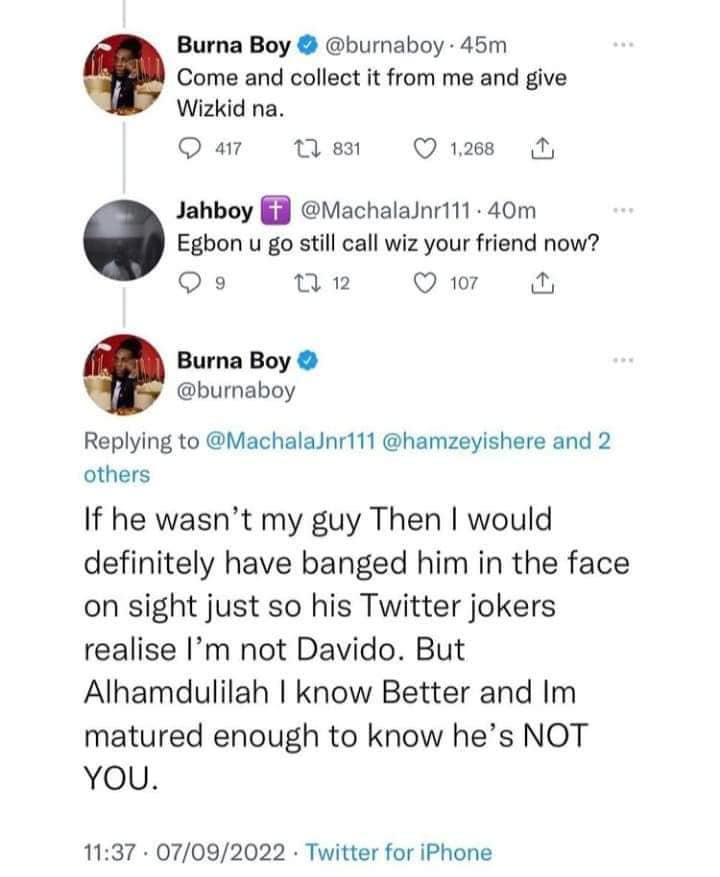