The former minister said Tinubu is known for picking the best hands to work with him, hence his choice of the former Governor of Borno, Kashim Shettima. 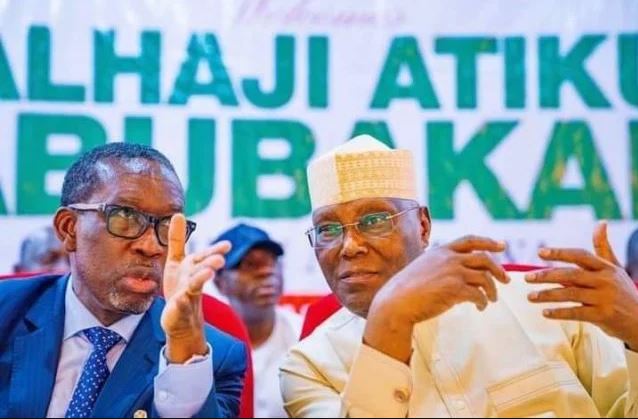 The presidential candidate of the Peoples Democratic Party (PDP), Atiku Abubakar, and his running mate, Ifeanyi Okowa have been told to cover their faces in shame.
Director-General of the Asiwaju Tinubu-Shettima Coalition for Good Governance, Adebayo Shittu made the comment while reacting to a recent comment by Okowa.
Okowa had accused the All Progressives Congress of being insensitive to Nigerians by flying a Muslim-Muslim ticket.
Reacting Shittu described Atiku and Okowa as ‘’unrepentant PDP leaders that deserve to cover their faces in shame.”
Recall that Atiku had at an event in Lagos on Tuesday said the country is broke and the economy was crawling rather than growing under the APC-led administration.
The PDP presidential flagbearer added that the Muhammadu Buhari administration has continued to run the country on budget deficits since it came to power in 2015.
Replying, Shittu said: “They have nothing else to say. The antecedents of Tinubu, who is known to be fishers of men have seen him choose the very best brain; somebody who is articulate, brilliant and ruled Borno State in a war situation and did exceedingly well. This has unsettled them. Tell me, who could have been a better APC candidate to choose from the North-East?”
Speaking on the 54 percent unemployment rate raised by Atiku, the former Communications Minister said the situation was not peculiar to only Nigeria.
He said: “Is it peculiar to us alone? We should be able to compare with other nations before drawing a conclusion. Even in Britain and the US, what is the situation like? Are you aware that Britain is currently experiencing an increment in the prices of bread and other essentials?”
Top Stories