The apex court is expected to decide between Chukwuma Odii Ifeanyi and Senator Joseph Obinna Ogba, who should contest the governorship seat on the PDP platform in the state in 2023. 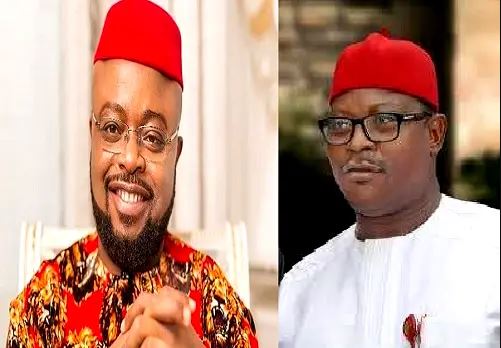 The battle to determine the real PDP governorship candidate in Ebonyi State is about to get to the climax.

Vanguard reports that the Supreme Court will, today by 3pm, deliver judgment on a raging dispute over who is the actual governorship candidate of the Peoples Democratic Party (PDP) in Ebonyi State for next year’s election.

The apex court is expected to decide between Chukwuma Odii Ifeanyi and Senator Joseph Obinna Ogba, who should contest the governorship seat on the PDP platform in the state in 2023.

On Wednesday, a five-member panel, headed by Justice Amina Augie, announced that the judgment would be rendered after entertaining final submissions from lawyers to parties in the appeal marked: SC/CV/ 939/2022 filed by Ifeanyi.

Recall that the embattled PDP “Chairman,” in Ebonyi State, Mr Silas Ọnụ had appealed the ruling of the Appeal court sacking him as Chairman of the party.

The appellate court in its decision restored Mr Tochukwu Okorie as the substantive chairman of the party in the state.

Also, Mr Ọnụ and Mr Tochukwu Okorie had contested for the Chairmanship position which held on October 16 2021. While Okorie polled 1,240 votes, Silas Onu scored 260 in the election.

Dissatisfied, Onu filed a suit challenging the process and listed the PDP and Okorie as first and second defendants, respectively.

Onu prayed the court to rule whether or not Okorie qualified to contest in the October 16 election even after he did not submit his nomination form within the stipulated deadline.

The Federal High Court in Abuja agreed with him and sacked Tochukwu Okorie as chairman.

Delivering ruling in the suit on April 13, 2021, Justice Ahmed Mohammed, the presiding judge, held that Okorie was not validly nominated to contest the election having submitted his nomination form on October 4, 2021 — days after the October 1, 2021 deadline.

Justice Mohammed held that Okorie cannot be allowed to benefit from his wrongdoing.