She allegedly stabbed Esther Gathoni Ngatia on the head and chest, using a broken liquor bottle. 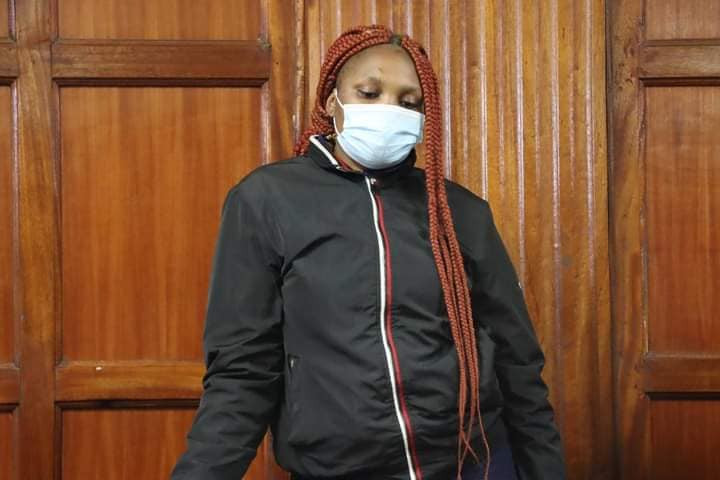 A woman has been arraigned in court.
The 29-year-old woman was on Monday, September, 12, arraigned at the Milimani Law Courts, for allegedly stabbing her friend at a club in Nairobi, Kenya.
In a charge sheet, Sheila Achieng is accused of having committed the act at the Eureka Club located along Tom Mboya street on Thursday, September 8, 2022.
She allegedly stabbed Esther Gathoni Ngatia on the head and chest, using a broken liquor bottle, after accusing the victim of attempting to snatch her man.
"On 8th September 2022, at Eureka club along Tom Mboya street in the CBD of Nairobi County, Achieng' intentionally and Unlawfully did grievous harm to Esther Gathoni Ngatia by stabbing her on the head and chest with a broken spirit bottle," the charge sheet read in part.
A witness told the court that Achieng accused the victim of wanting to snatch her boyfriend.
"Sheila stabbed her friend with a broken spirit bottle for allegedly attempting to snatch her man at Club Eureka in Nairobi," the witness stated. 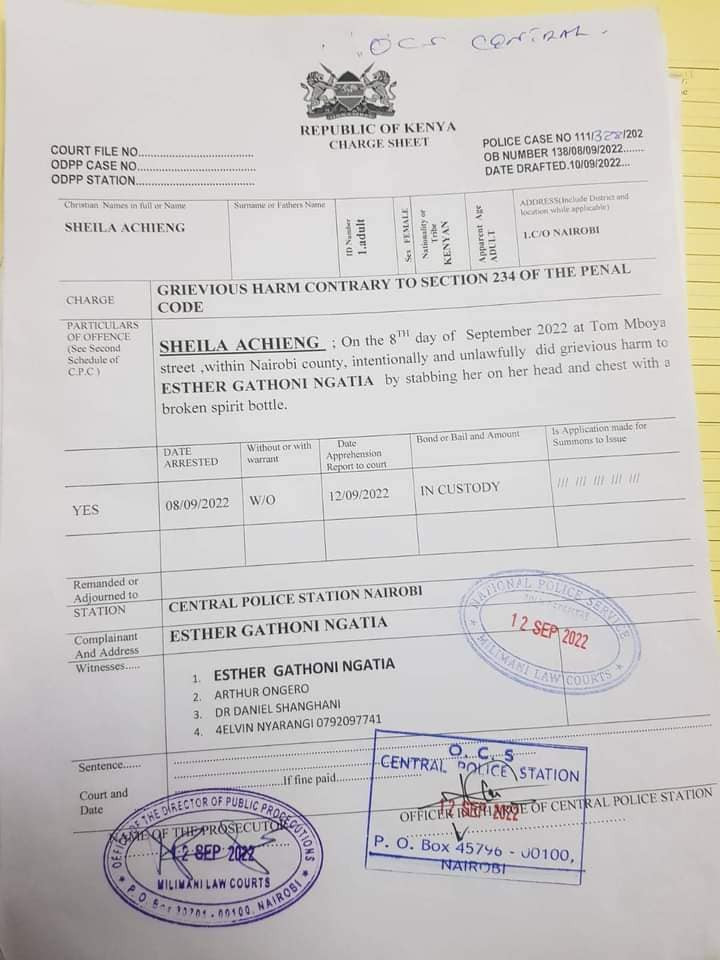