Kukah revealed this at a one-day “High-level forum on political communication and issue-based campaign in the 2023 general elections” in Abuja. 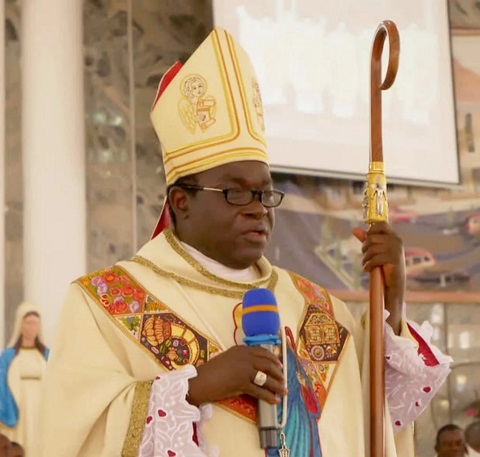 The Catholic Bishop of Sokoto Diocese, Bishop Matthew Kukah has revealed the staggering amount he paid kidnappers for the release of abducted priests.
Kukah said he has paid almost N30m as ransom to secure the release of abducted priests.
Kukah revealed this at a one-day “High-level forum on political communication and issue-based campaign in the 2023 general elections” in Abuja.
The forum was organised by the National Institute for Legislative and Democratic Studies (NILDS) in collaboration with The Kukah Centre ahead of the expected commencement of campaigns by political parties on September 28, 2022.
The Catholic Bishop was speaking on the messaging that politicians should focus on during their campaigns.
According to him, Nigerians do not need anyone who projects himself as a messiah “as we no longer need a messiah” but someone who understands the situation of things, adding that many times people say what they do not mean during campaigns.
He insisted that campaigns must be identity-based, getting the right identity for the country and not emphasizing the things that really do not matter.
Kukah said, “When we talk about 2023 elections, we need to talk about how we will get ourselves out of all of these.
“The questions that the ordinary Nigerians are asking are legitimate and it is the responsibility of those who govern to deal frontally with the issues.
“We need to re-image and re-imagine Nigeria because the Nigeria that we have today is not the Nigeria that many of us can recognise.
“Before coming here, I was speaking with my brother, because two days ago, my nephew, his mother, and the driver were on their way to Abuja when they ran into the hands of kidnappers.
“My brother’s wife had an amputation some three months ago and they were bringing her to Abuja, so when the kidnappers saw the stomp on her leg, they had mercy on her and let her go.
“Right now, as we speak, my nephew and the driver of the vehicle are currently in the hands of the kidnappers, how it’s going to end I don’t know.
“Then they said they wanted N50million, they then said they wanted N20million, now they are staying on N30million.”
Kukah added that he had paid about N30million to free some priests in his Diocese from the hands of their captors.
He added: “I am the Bishop of Sokoto Diocese, I have spent about N30million of the money I don’t have because my priests were kidnapped and I have nowhere to turn to.
“I am not ashamed to say it because these are essential realities. Anyone who wants to become president of Nigeria cannot pretend to stand before me without giving me empirical evidence from his or her record about how they intend to deal with these issues because there is a collective feeling of alienation.
“Here in Abuja, just about a month or so ago, when the threats came that the bandits will enter into Abuja, everybody went undercover.”
Top Stories