The NEMA South West Zonal Coordinator, Mr Ibrahim Farinloye, made this known to the News Agency of Nigeria (NAN) in a telephone interview. 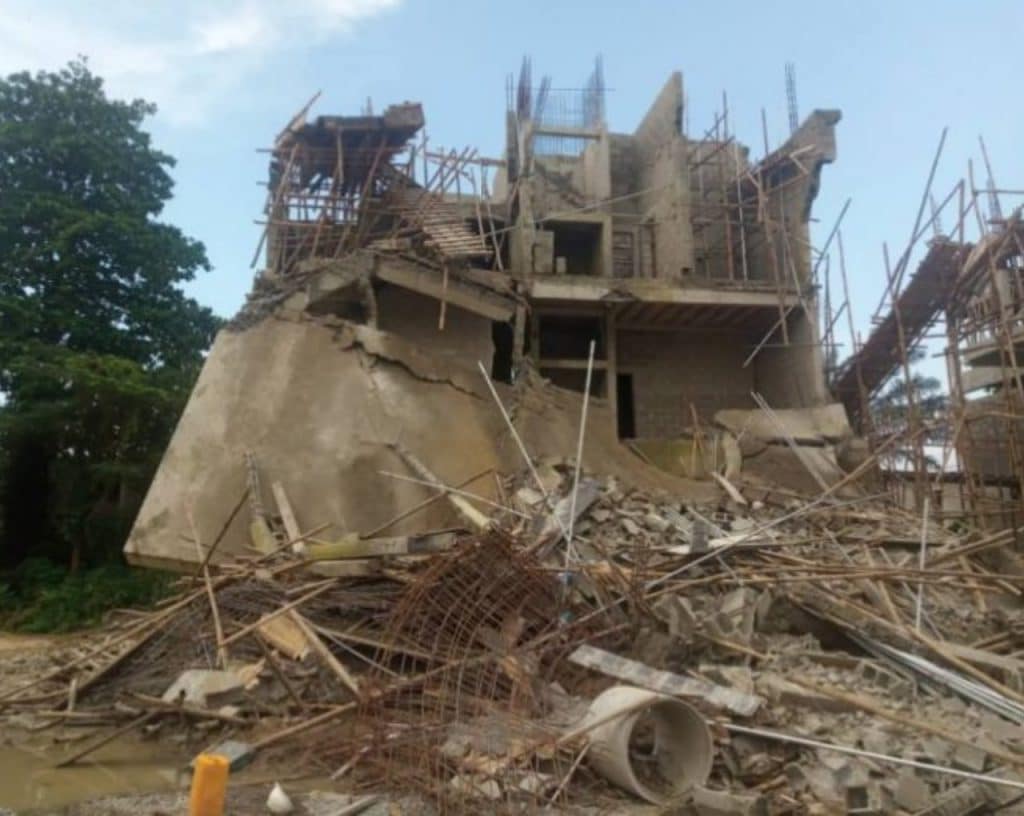 The National Emergency Management Agency (NEMA) has given an update on the building that collapsed in Lagos on Friday.

The NEMA on Friday confirmed that four persons died while one was rescued in the building collapse at Oye Sonuga Street, Palm Avenue, in Mushin, Lagos.

The NEMA South West Zonal Coordinator, Mr Ibrahim Farinloye, made this known to the News Agency of Nigeria (NAN) in a telephone interview.

He said two males and two females died, while one person was rescued in the building collapse.

Earlier, the Lagos State Government also said it would investigate the cause of the building collapse.

The Commissioner for Physical Planning and Urban Development, Mr Omotayo Bamgbose-Martins, while visiting the site of the three storey building, directed that the building be pulled down immediately for safety reasons and to forestall further collapse.