Akinro stated that before the duo were exposed, they had stolen five Micra cars successfully but were able to get three to sale point while two were abandoned where they broke down. 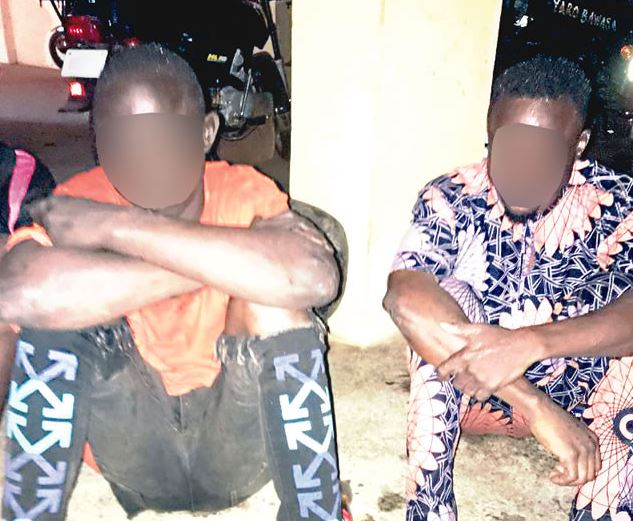 Western Nigeria Security Network codenamed Operation Amotekun has apprehended two suspects that sold three out of the five Nissan Micra cars they stole for N70,000 each in Oyo state.

The Deputy Commandant of Amotekun Corps, Mr. Kazeem Babalola Akinro, who confirmed the arrrest said that the suspects were into stealing of Micra cars in the city, which they would take to the buyer at Ijora in Lagos State.

Akinro stated that before the duo were exposed, they had stolen five Micra cars successfully but were able to get three to sale point while two were abandoned where they broke down.

He added that the suspects would be transferred to the state police command for further investigation.

In an interview, Abayomi, a 31-year-old driver, said that he was picked up by Amotekun Corps after the arrest of his partner, Tunji, for breaking into a shop and stealing.

"The arrest of my friend (Tunji) led to mine. He was arrested for breaking into a shop. During his confession to Amotekun Corps, he told them of our stealing of Micra cars from where they are parked. That was how I was also arrested," he said.

"Tunji is the one who has connection with our link in Lagos. He would search for a vehicle we would pick. After telling me, I would take him to the spot in my own Micra car. Sometimes, I would not go with him. He would go alone. All I would do is to give him money that he would need or battery for the car.

He confirmed the Deputy Commandant’s statement, saying that he and his partner started the crime in May and had stolen five Micra cars, three of which were successfully taken to Lagos State while the remaining two were abandoned at a spot along the road when they developed irreparable faults.

Abayomi said that Tunji had been with him since he was young, adding tbat he was also the one who trained him how to drive.

"At a time time, he went to Lagos and was driving a bus. We saw again when he returned to Ibadan. Tunji started doing the ‘runs’ (stealing Micra cars) and I would be the one to take him there. I used to give him my car key because it can open others. He didn’t use master key.

"We stole all the vehicles from Olopometa, Moradeyo and Iwo Road areas, but the ones from Iwo Road were found by their owners where they were abandoned,” Abayomi stated.

He also confessed tbat two of them smoke indian hemp.

Stating that he fell into the temptation to commit crime due to greed and covetousness, Abayomi bemoaned his fate, saying that his wife is currently pregnant.

In his own confession, Tunji, from Lalupon community of Ibadan, corroborated Ajibola’s narration, saying that he was the one who led Amotekun operatives to his partner’s house for his arrest after he was interrogated.