This is in spite of a strong assurance of securing their release from Buhari when he played host to relatives of the victims at the Presidential Villa in August. 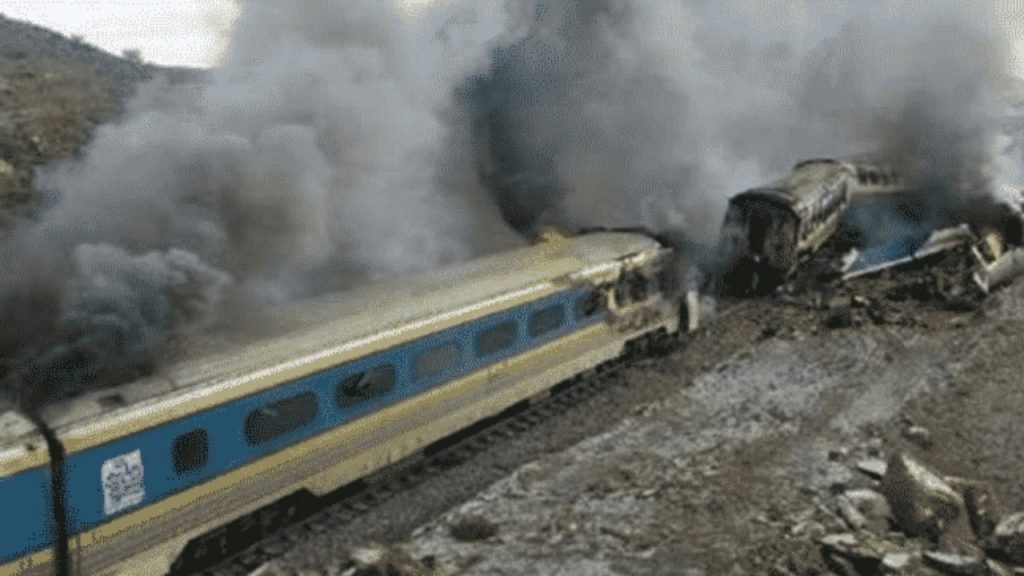 As many as 23 Kaduna-Abuja train passengers who were abducted by terrorists are still in captivity several months after.

The victims who were abducted on March 28 are still being held six months after, despite repeated promises by the President Muhammadu Buhari-led Nigerian government.

Amid reported talks and negotiations, six months into the abduction, the victims are still held captive, Daily Trust reports.

This is in spite of a strong assurance of securing their release from Buhari when he played host to relatives of the victims at the Presidential Villa in August.

In the wake of the attack, the president had also directed security chiefs to hunt down the terrorists and rescue those abducted.

The armed terrorists had on March 28 ambushed the train heading for Kaduna from the nation’s capital city after bombing its rail track.

The attack, which was attributed to the failure of the authorities to act on intelligence reports occurred only a couple of days after unidentified gunmen invaded the Kaduna Airport, killing an official on the runway.

In the train attack, at least eight passengers were reportedly killed, while 168 others were kidnapped or declared missing.

It was the second time the rail line between Abuja and Kaduna would be the target of attack.

Exactly six months into the abduction, of the over 60 people abducted in March, 23 victims whose relatives cannot afford the ransom demand of the terrorists are still held in the forest.

Some of those taken into the forest by the kidnappers have been released in batches after ransom payments by their families.

Tukur Mamu, the negotiator between the kidnappers and the families, was arrested by the Department of State Services (DSS) for allegedly collecting over N2 billion from families of victims of the Abuja-Kaduna train attack and taking same to terrorists in exchange for kidnapped victims.

A source had disclosed that there were many allegations against the negotiator around the ransom paid to secure the release of the train passengers.

“There are reported inconsistencies between monies paid and what was actually remitted to the kidnappers. He is also seen as pandering too much to the side of the terrorists than the people and government.

“What pained us was the recent move to pay N25 million to secure the release of the remaining 23 persons but at the last minute, he thwarted the arrangement insisting on a much higher figure,” the source had said.

A spokesperson for the families of the victims, Mohammed Sabiu Barau, told Daily Trust in a telephone interview that they were still anxiously waiting for President Buhari to fulfil the promise he made.

“Our hope is the safe return of the remaining 23 victims,” he said.

Barau who led the delegation of the victim’s family members that visited Buhari at the Presidential Villa in August said the federal government has the capacity and wherewithal to secure the release of the remaining victims.

“Like you rightly noted, during our visit, we were given full assurance by Mr President that our relatives and loved ones would be rescued to reunite with us. Similar promises were also made on different occasions by the Chief of Defence Staff and the Chief of Army Staff. Right now, we are at a loss because the promises are yet to be fulfilled.

“We are therefore appealing to the federal government to do the needful because the situation is still critical and we are in agony and pains,” said Sabiu whose younger brother is among the victims still held in captivity by the terrorists.

Speaking in the same vein, Usman Habib Katungu, whose son is still with the terrorists, described the situation as sad and painful.

“The federal government promised us that our relatives would be released soon but we are yet to see them. How can poor parents like us raise the kind of money being demanded to pay a ransom?”

Katungu also appealed to the federal government to live up to its promise saying: “We won’t get tired of making appeals.”