It was gathered that the driver got trapped in the van after colliding with the vehicle around 7.50 am on Thursday. 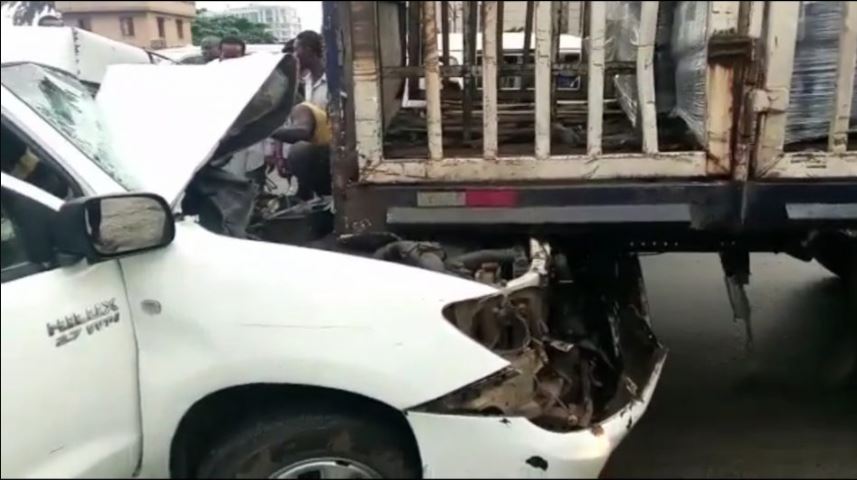 A driver who is yet to be identified recently escaped death after an accident.

The driver escaped death after ramming his Hilux van into a 7up truck at Sandfill, opposite the Oriental Hotel, inward the Lekki area of Lagos State.

The PUNCH gathered that the driver got trapped in the van after colliding with the vehicle around 7.50 am on Thursday.

The Spokesperson for the Lagos State Traffic Management Authority, Taofiq Adebayo, said it took the intervention of officials of the agency to rescue the driver from the wreckage, adding that the victim had been taken to hospital for treatment.

Adebayo said, “The accident happened this morning around Oriental Hotel, inward Lekki. The accident is between a 7up truck and a Hilux van. The driver of the Hilux ran into the truck and got trapped.

“With the quick intervention of LASTMA officials around that area, the driver was rescued without any fracture. But he had bruises on his body.

“Our men later handed him over to the officials of the LASAMBUS, who took him to a nearby hospital for medical attention. We urge members of the public to make sure they don’t speed excessively while driving.

“They should remember that these are ’ember’ months and they need to be mindful of road signs installed by the government.”