Recall that the party and its supporters scheduled 1st of October, Nigeria's Independence Day celebration for its mega rally ahead of the 2023 general elections. 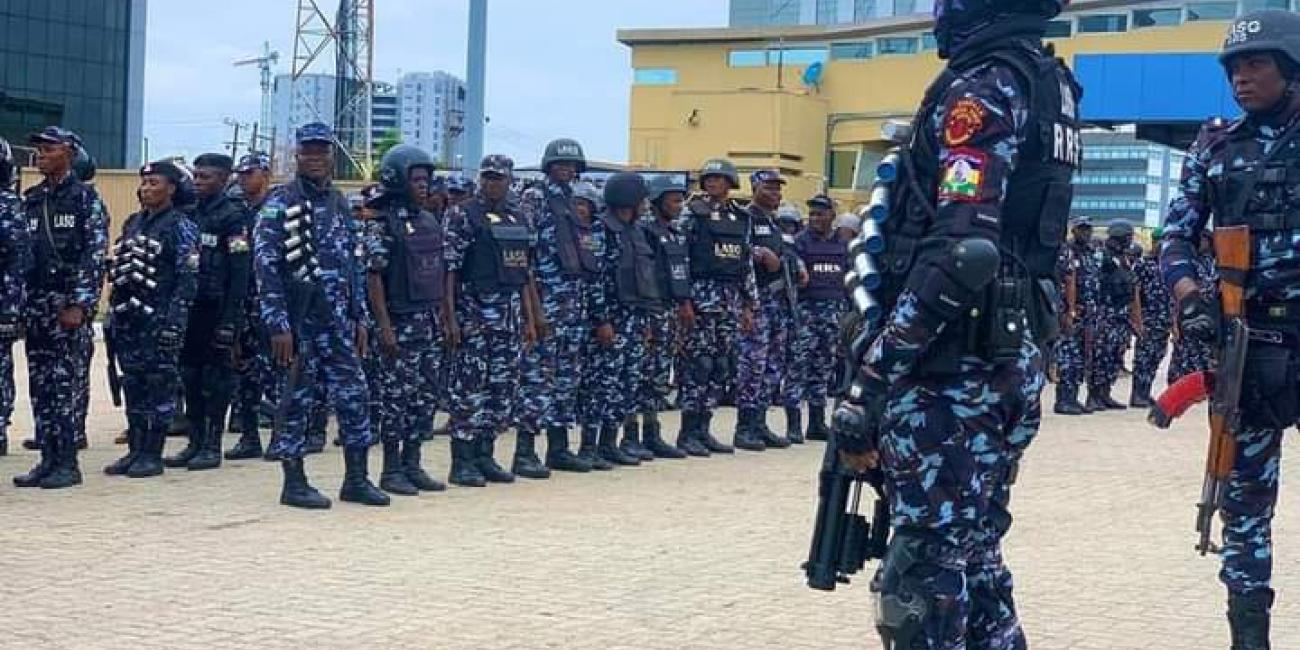 According to a report by SaharaReporters, some armed security operatives have taken over the Lekki toll gate.

The operatives arrived at the Lekki Tollgate in Lagos State ahead of the rally planned by supporters of the Labour Party’s Presidential Candidate, Peter Obi, which was fixed for Saturday.

SaharaReporters had reported on Wednesday that a Federal High Court sitting in Lagos State issued an order restricting the Labour Party and supporters of Obi, from converging at the Lekki Tollgate for the #Obidatti23 Forward Ever Rally.

"Security Officials Deployed To Lekki Toll Gate And Strategic Areas In Lagos State To Maintain And Enforce The Law Ahead Of Peter Obituary Tomorrow's Rally. To beat the hell out of them tomorrow," a witness said on Friday.

Recall that the party and its supporters scheduled 1st of October, Nigeria's Independence Day celebration for its mega rally ahead of the 2023 general elections.

The High court order is sequel to a motion for injunction brought before Justice Daniel Osiagor, by 10 plaintiffs, asking the court to, among others, restrain the LP, its presidential candidate Peter Obi, his vice, Yusuf Datti Baba-Ahmed, one Julius Abure and their loyalists from holding the rally.

In the suit, 10 plaintiffs through their Romeo Ese Michael, Esq. are asking the court to, among others, restrain the LP, its presidential candidate Peter Obi, his vice Yusuf Datti Baba-Ahmed, one Julius Abure and their loyalists from holding the rally, until the hearing and determination of their Motion-On-Notice of September 12, 2022.

In the substantive suit, the plaintiffs are arguing among other things that a repeat or celebration of the “infamous” EndSARS protest of 2020 under the political guise of “#Obidatti23 Forward Ever Rally,” will cause a breakdown of peace and will result in post-traumatic stress disorder for them and the public.

In his ruling, Justice Osiagor held that while the rally could not stop at the Lekki toll gate, it could pass through the venue to access the Falomo Bridge and other venues at which the rally planned to meet.

It was gathered that a preliminary objection filed by the defendants seeking to stop the court from hearing the motion on the grounds that it lacked jurisdiction was not entertained as all parties to the suit had not been served.

Meanwhile, the court adjourned the hearing of the substantive suit to November 4.