Student Reportedly Sells His Kidney To Buy iPhone 14 For Girlfriend


According to sources, the young man who is a student of the University of Port Harcourt acquired the smartphone after undergoing the procedure. 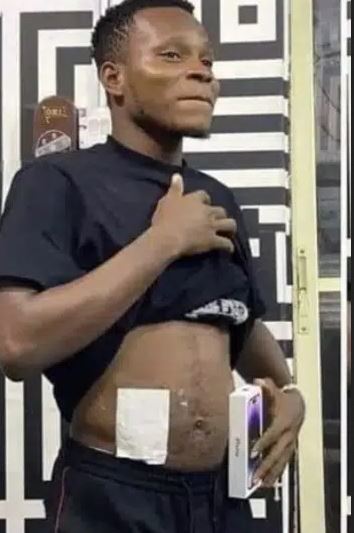 A young student reportedly sold one of his kidneys to be able to afford a brand new iPhone for his lover.

According to sources, the young man who is a student of University of Port Harcourt (UNIPORT) acquired the smart phone after undergoing the procedure.

It was also gathered that the young man purchased the new iPhone for his girlfriend whom he loves so much.

In a viral photo spotted online, the young man was seen happily holding the iPhone box while lifting his shirt to reveal a plaster supposedly covering the area where the organ was taken.

Him say he too love the girl,” the poster wrote. 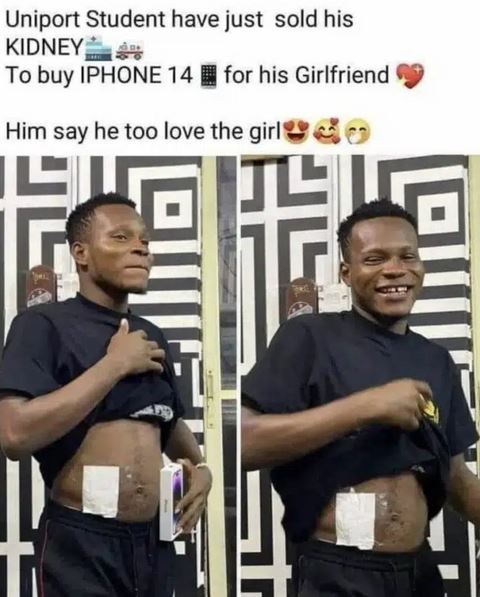