Before Dying, My Sister Vowed Her Spirit Would Haunt Vigilante – Artisan Reveals 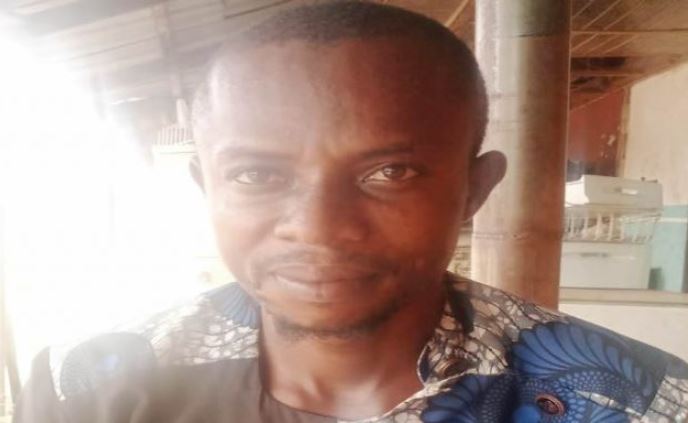 Sunday Nwafor, an artisan and native of Umuoghara community in the Ezza North Local Government Area of Ebonyi State, has talked about his sister's death.

He tells EDWARD NNACHI how a vigilante allegedly beat his younger sister, Nwuka, to death

We learnt your younger sister was beaten to death by a security man detailed to work at the newly-built Ebonyi Airport site. What really happened?

Although I was not there, the incident happened on July 29, 2022. I was in Abakaliki, the state capital, when my immediate younger sister called me and said one security man (a vigilante) beat my sister. Initially, I felt it was just a mere beating, so, I told them to take her to the General Hospital, Onueke, which they did. On reaching there, they were informed that her situation was critical and referred them to Alex Ekwueme Federal University Hospital, Abakaliki. While they were coming from Onueke to Abakaliki, I had already moved down to AE-FUTHA and when they arrived at the teaching hospital, she was moved to the emergency unit. Immediately she was laid down in the emergency unit, two doctors came and confirmed her dead. Right in that emergency unit, I was helpless and speechless, because since our father died, I have been the one taking care of them. My mother is just a farmer and this my younger sister is in SS2. We were in that hospital till 9pm, when the doctors advised that we should carry her to the mortuary. We had no other option than to pay the bills given to us by the hospital and take her body to the mortuary.

Then the following day, being July 30, I sat my immediate younger sister down and asked her to tell me what really happened. She said my late younger sister (Nwuka Nwafor), and her friend went to the airport site to look for job to do, because this my sister, on weekends and during holidays, used to go there to do menial jobs, in order to help herself and assist the family, too. As they waited, the security man, one Anyigor, ordered my late younger sister to evacuate the corn husks at a particular section of the site. My sister ignored that order and said she wasn’t the one that kept the corn husks there and that she didn’t sell corn. As she was telling the man why she wouldn’t evacuate the corn husks, she left that section to another section, but the security man went after her, held her clothes and started beating her with a pipe and pushed her on the ground till she fainted.

On that Friday morning, she hadn’t even been hired for the day. She and her friend were just patiently waiting to be hired when the incident happened. It was at this point that this Chukwuma Anyigor met them and ordered my sister to start evacuating the corn husks. One, my sister wasn’t selling corn; two, she didn’t eat corn that morning; and three, she wasn’t even attached to the sanitation department of the site. The security man, who just wanted to be wicked to my sister, started beating her and beat her until she fainted and was eventually confirmed dead.

How old was your sister?

She was 17 years old. They were on holidays and having passed the SS1 third term examinations, she was to be in SS2 this September. The name of her school is Izo High School, located in Ebiaji village, in the Ezza North Local Government Area of the state.

How has the family been coping with this tragic incident?

The experience wasn’t palatable at all. It was a bad experience, because it is painful to lose a sister just like that. From Onueke Hospital where my immediate younger sister took her to the AE-FUTHA, where she was eventually confirmed dead, the experience was agonising. I will say this is the worst experience I have ever had in my life. In fact, I don’t know how to describe it. I’m just speechless.

Have you taken any steps to get justice?

It’s only God that can help us out on this issue, because we do not have anybody or money to fight back. So, it’s only God that can help us. According to my sister’s friend, when Anyigor was beating my sister, my sister told him to stop beating her, warning him that if anything happened to her, even if her people don’t ask about her, her spirit would forever pursue him. But Anyigor boldly told my sister that he would kill her and nobody from my family would ask after her. But I leave everything in the hands of God.

Yes, he was arrested that very day by the other security men at the airport and he was taken to the police headquarters, Abakaliki. I think by now he’s in the police custody.

Do you believe the police can help your family get justice in this matter?

Yes, I sincerely believe that the police will help me get justice on this very matter. We have officially reported to them, even though, they claimed the report had not reached them. Those security men, who arrested Anyigor, took him straight to the police station and explained everything to them. The IPO has called me and I explained everything to him and my statement is there.

What do you want government to do for you in this matter?

I want the authorities to intervene in this matter so that we can get justice speedily. This is because in this country, cases of bribery and eventual sweeping of very serious matters under the carpet by the police abound. Secondly, the money the police are asking for to run an autopsy on my younger sister is high and we can’t afford it. They are demanding as high as N100,000 for autopsy. Therefore, we are calling on the government to look into this situation because from July 29 that her body was deposited at the mortuary, the bill has continued to pile up.  So, we need government’s intervention.

What about your parents; how are they coping with the situation?

My father is dead. It’s only my mother that’s still alive and life has not been palatable for her. So, she is feeling really bad over this situation. This is a woman, whose daughter wasn’t sick and all of a sudden, the daughter is gone because somebody beat her to death. She is not feeling fine about it. Our major challenge is finance, because it’s not as if we don’t know what to do, but where is the finance to start?

Soulmates Are Two People Who Bumped Into One Another - DJ Cuppy Gushes Over Her Fiance, Ryan Taylor (Video)