The female nurse then slapped the house officer and he retaliated immediately, slapping her twice. 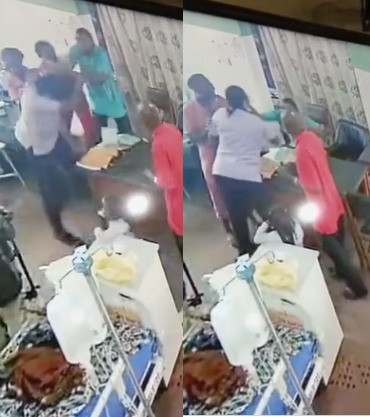 A CCTV footage has showed the moment a Nurse suddenly slapped a House officer (doctor) during an argument.
The shocked doctor, returned the slap with two hot slaps of his own.
A doctor, @drpenking on Twitter shared the video and wrote:
"All work places must have CCTV for cases like this. This is a Nurse slapping a Doctor first and he retaliated. No one would have believed him."
In the video, the house officer was seen seated while the Nurse was standing right in front of him, venting her anger. From the video, it was obvious the nurse was trying to pass a strong message across to the house officer while he remained calm and continued with his work.
The female nurse then slapped the house officer and he retaliated immediately, slapping her twice.
Watch the CCTV footage below: