According to the court, the widow used forged documents to claim that she was a tenant following the demise of her husband, Luca Signorelli. 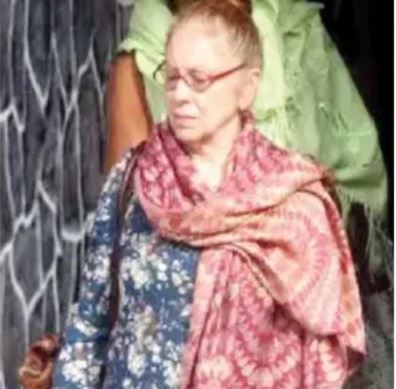 An Italian national, Floriana De Stefani, has been handed a three-year jail term by a Lagos State Special Offences Court in Ikeja for forging documents to lay claim to property belonging to a company, Waterside Properties Limited.

Justice Mojisola Dada found the woman guilty of count six of the charges bordering on the use of false documents and counterfeit seals, which she used to confer ownership of the property on herself.

According to the court, the widow used forged documents to claim that she was a tenant following the demise of her husband, Luca Signorelli.

The court sentenced her on Friday and gave her a fine option of N50m.

Initially, De Stefani was arraigned on five counts on March 30, 2019, and later re-arraigned on six counts of amended charges, as the Economic and Financial Crimes Commission dropped the criminal charge against a co-defendant, Stella Ogboru.

The convict was charged with offences bordering on forgery, stealing of property and use of false documents and counterfeit seals.

One of the amended charges read, “That you, Floriana De-Stefani, sometime in 2015, within the Ikeja Judicial Division of this honourable court, dishonestly converted for your use property known and situated at No.14A/B Warring Road, Ikoyi, Lagos, property of Waterside Properties Limited.

Another count read, “That you, Floriana De-Stefani, sometime in 2015 in Lagos, within the Ikeja Judicial Division of this honourable court, with dishonest intention, forged documents titled, ‘Deed Of Assignment’ dated 1983, allegedly prepared by Rosamond O. Bakare: purported to have been entered between Mr E.A. Lowo on behalf of Waterside Properties Limited, on the first part, and late Lucas Signorelli and Mrs Floriana De-Stefani, on the second part.”

She pleaded not guilty to the charges as trial commenced in 2019.

Counsel for the convict, Babatunde Ogungbamila, pleaded for mercy, saying the aged Italian and widow was a first-time offender who was misled by her former lawyer.

Justice Dada also ordered the release of the property to Waterside Properties Limited within three weeks.

She was given an ultimatum of three weeks to pay the fine or else serve the jail term.