Ezra is trending on Twitter because of the look of shock Buhari gave him after conferring the honor on him. 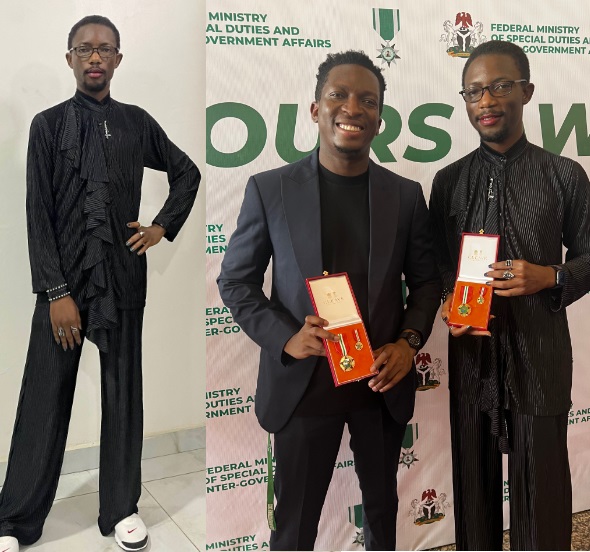 The full look of Ezra Olubi to yesterday's national honor event has been revealed.
Recall that the Paystack co-founder was given the Officer of the Order of the Niger (OON) award at the event.
Ezra trended on Twitter because of the look of shock Buhari gave him after conferring the honor on him.
As the Paystack co-founder walked off stage, Buhari's eyes followed him and remained on him for a long period.
The president appeared dumbfounded as he stared at Ezra.
Nigerians took to Twitter to discuss the moment and many questioned why Buhari was looking at him that way.
The techpreneur has now taken to Twitter to share what he wore to the event.
Ezra wore a black top with frills and matching wide-legged black pants.
He painted his finger nails and wore multiple rings on his fingers.
He also wore bright red lipstick. 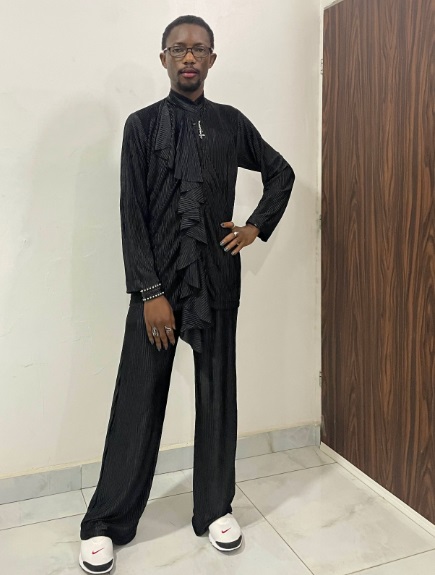 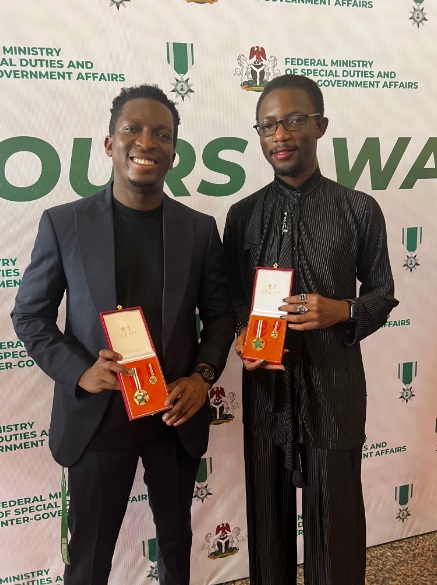 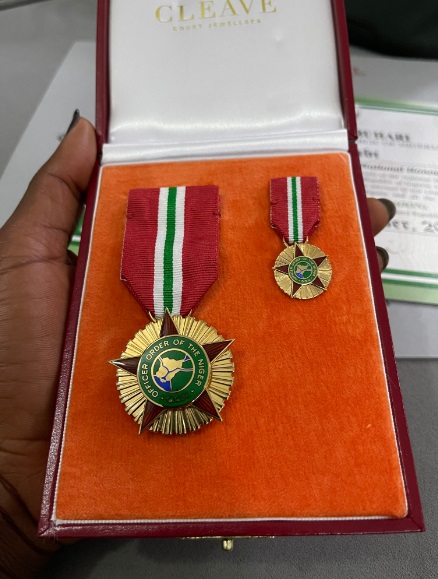 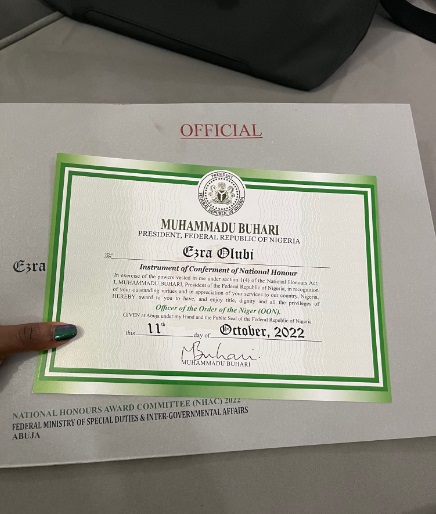