IPOB further alleged that the Nigerian government covertly sponsored the Kuje Prison attack where at least 10 people including a security officer were killed and over 800 inmated freed. 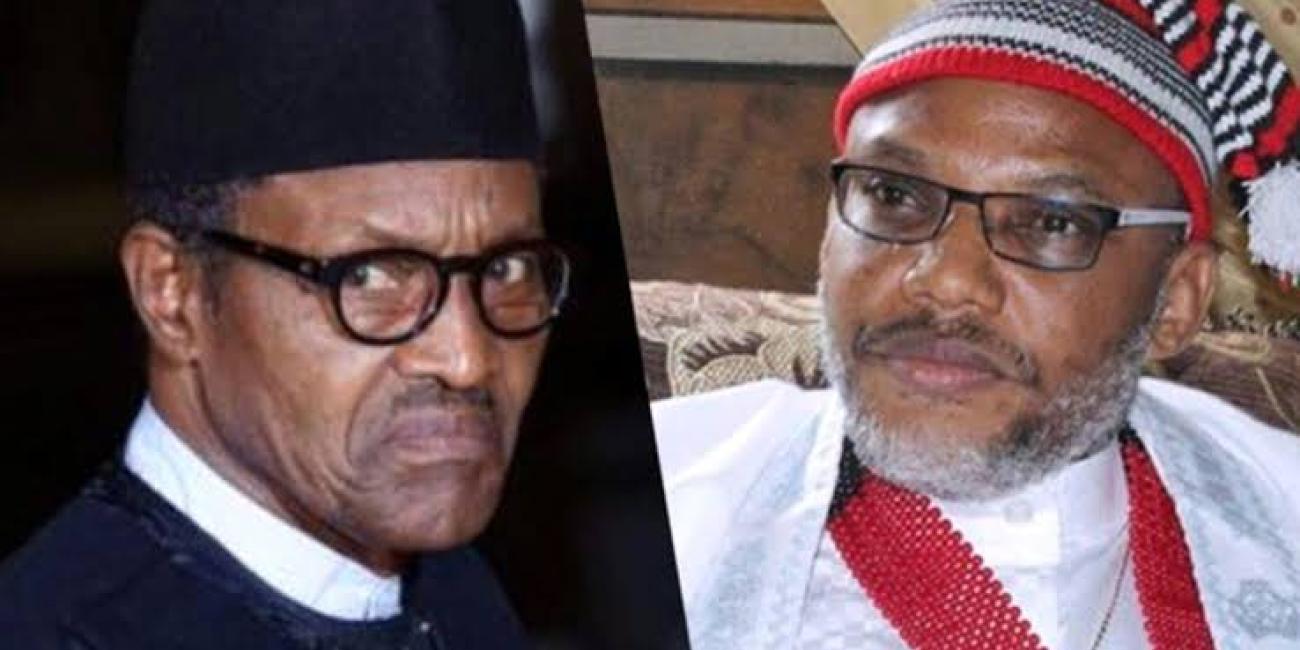 Secessionist group, the Indigenous People of Biafra (IPOB) has slammed the Federal Government.

The group accused the Nigerian government of illegally releasing terrorists held in detention while the same government has continued to detain its members for fighting for the realization of Biafran Nation.

In a statement by its Media and Publicity Secretary, Emma Powerful, IPOB reacting to reports that the Nigerian government recently released 101 members of the dreaded Boko Haram terrorists held in Ikoyi Correctional Centre in Lagos State, IPOB noted that its “unarmed and peaceful” leader, Nnamdi Kanu and other members of the group had remained in detention.

IPOB further alleged that the Nigerian government covertly sponsored the Kuje Prison attack where at least 10 people including a security officer were killed and over 800 inmated freed.

The statement reads, “It is public knowledge that this Federal Government covertly sponsors and supports terrorists who have massacred a lot of people by the way they colluded with the terrorists to free their members from Kuje Prison a few months ago.

“The same government has unconditionally released the remaining terrorists from Ikoyi Prison. These Fulani terrorists freed by their government were either swapped with the Abuja train hostages or freed to prepare for National Jihad as the Fulanisation agenda is at its final stage.

“These Boko Haram terrorists detained in Ikoyi, Lagos were never taken to court since their detention in 2019. We are aware no Court freed or granted them bail but they were released through Presidential or cabals' order.

“They have been unconditionally released to continue their terrorism and jihad business which is the lucrative business of the Caliphate.

“In the face of this tribalism and travesty of Justice, the Nigerian government kidnapped and continued to detain the IPOB leader, Mazi Nnamdi KANU in a solitary confinement with other IPOB members unjustly.

“Nigeria government should unconditionally release Mazi Nnamdi KANU and other IPOB members detained in several security custodies in Nigeria immediately. Why will Biafrans be in prison for peacefully agitating for a referendum for independent Biafra Nation, while terrorists who murdered thousands are freed because they are Muslims or Fulanis? Yet the same government keeps deceiving the world with fake audio killings of terrorists and bandits whereas they are freeing even the ones that were arrested.

“We are calling men and women of good conscience across the world to prevail on the Nigerian government and its compromised security to unconditionally release IPOB Leader, Mazi Nnamdi Kanu and other IPOB members because Self- Determination is a fundamental human right both internationally and locally.

“IPOB leader and members must be released if Nigeria wants peace. Nigerian government and her controllers are fanning the fire that will consume them. IPOB is on an irreversible divine mandate to restore Biafra, and those who stand in our way will be consumed. It's only a matter of time.”