Iniedem was convicted for attempting to traffic a 16-year-old girl for pr#stitution. 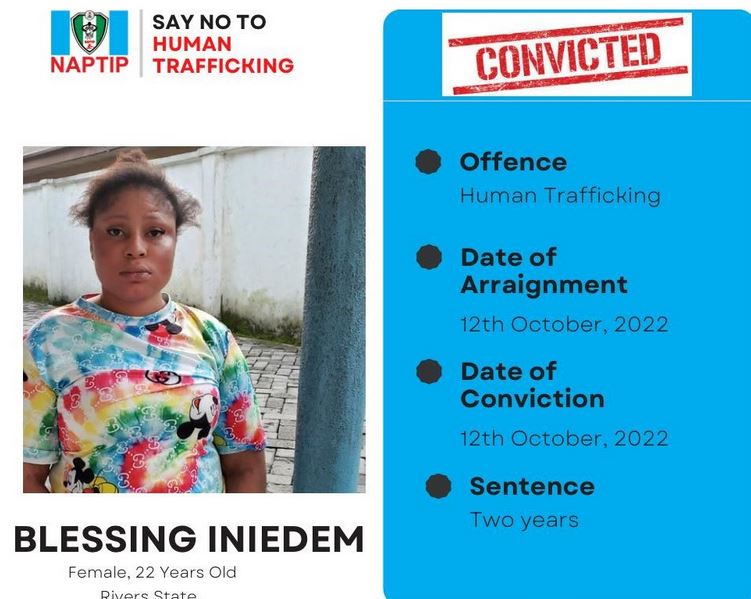 A 22-year-old lady identified as Blessing Iniedem has been sentenced to two-year imprisonment by a Federal High Court sitting in Portharcourt, Rivers State for human trafficking.

The National Agency for the Prohibition of Trafficking in Persons (NAPTIP) in a statement on Wednesday, October 12, 2022, said Iniedem was convicted for attempting to traffic a 16-year-old girl for pr#stitution.

"For the offence of attempting to keep a victim of 16-year-old, knowing that the victim will be induced into prostitution contrary to section 29 of the Trafficking in Person Prohibition Enforcement and Administration Act 2015 and Punishable under section 15(b) of the Act." the statement read.