His management team took to Twitter today to give an update on Rico's health. 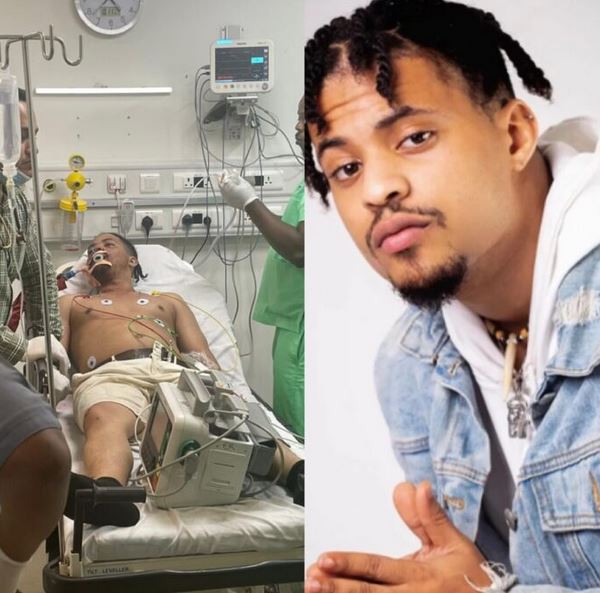 Ex-BBNaija housemate and actor, Rico Swavey is currently on life support after being involved in a car accident.

Reality star Alex Asogwa announced on Tuesday, October 11, that her colleague was in critical condition following an accident.

His management team took to Twitter today to give an update on Rico's health.

The tweet released from Rico's official Twitter account reads: "Hello everyone, Rico Swavey is not disposed to handle his socials right now as he was involved in a ghastly accident and is currently on life support. While his situation is critical and doctors are on him, We implore your support and prayers." 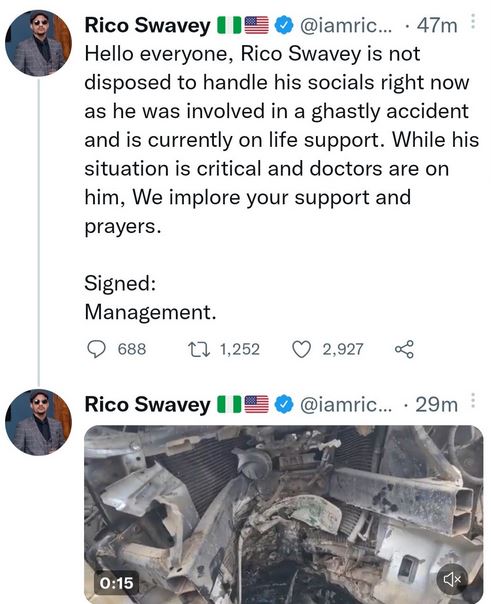 A photo of Rico Swavey on life support was also shared online. 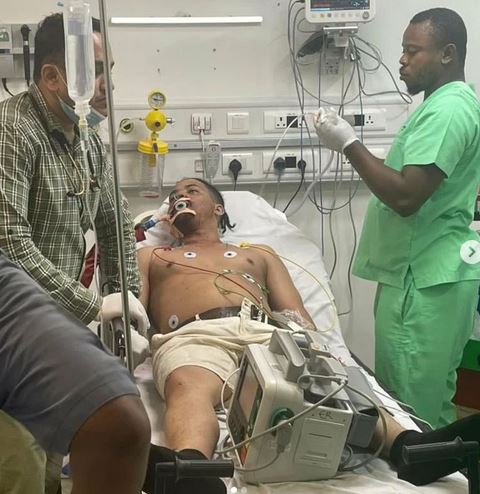 A video of the accident scene was also released. It shows the extent of damage done to the car Rico was in.