A Twitter user, Njoku posted photos of the soldier with AK-47 rifle, claming that he was doing the work of a ''maid'' for the Chinese expatriate. 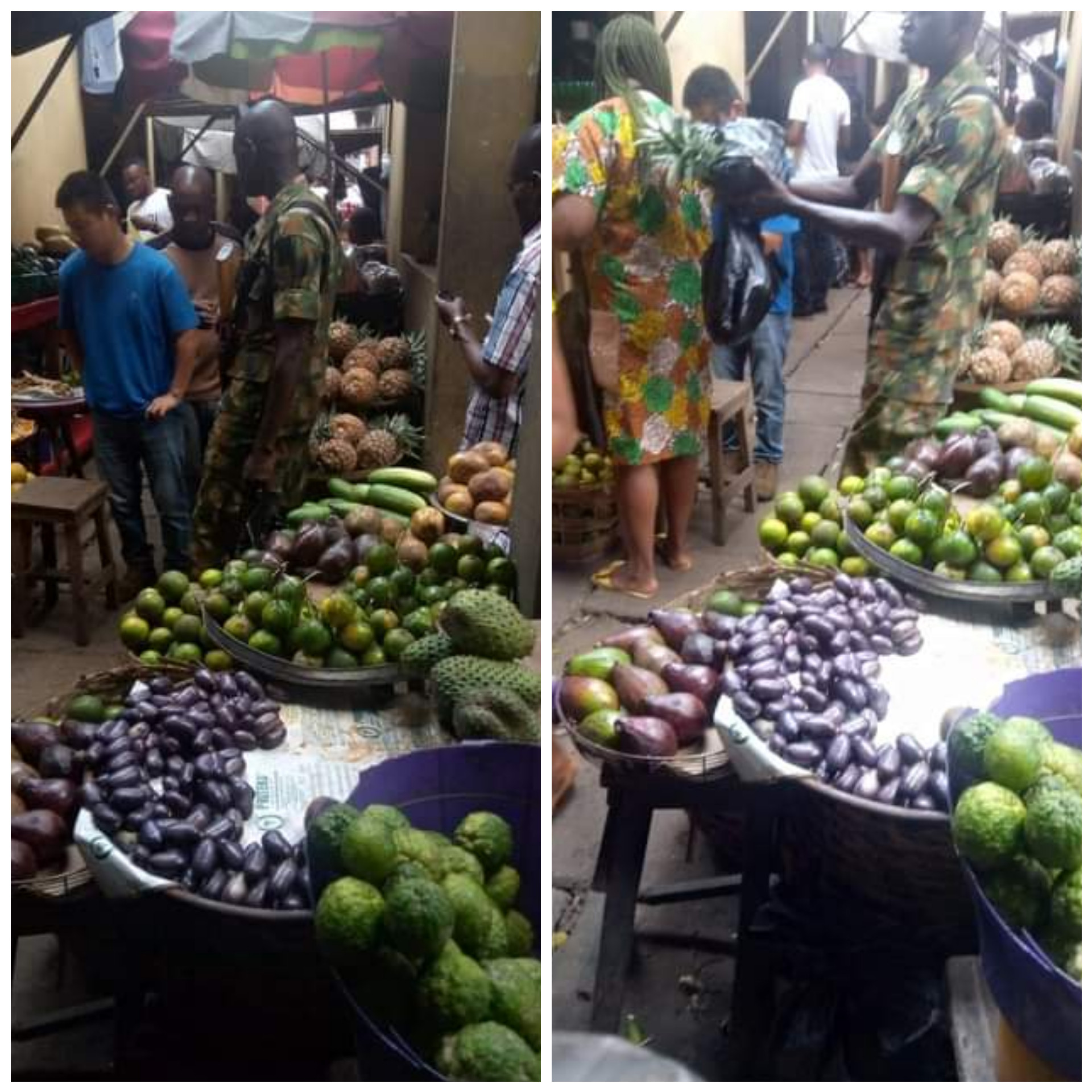 The Nigerian Army has been lambasted on social media after an armed Nigerian soldier was reportedly seen going on errands for a Chinese national at Ikosi fruit market in Ketu area of Lagos State.
A Twitter user, Njoku posted photos of the soldier with AK-47 rifle, claming that he was doing the work of a ''maid'' for the Chinese expatriate.
"I saw a Nigerian soldier with an AK-47, following a Chinese (in a blue T-shirt) up and down in the market and doing the work of a maid. The Chinese buy and give to the "maid" to carry behind him. The "maid" hurries to the car to offload and comes back to his "oga". Shame!" he wrote.
Reacting to the photos, Twitter users described it as a ''disgrace and r#pe'' on the Nigerian Military, saying the soldier is not an errand boy.
"I lived in China for more than a decade, all through my years there I only saw the Chinese military for only about 5 times through those times. But in my own country, a Chinese man has subjected a Nigerian soldier to a common maid, a country that have no single regards for Nigerians and treated us to like animals. This is so unbelievable, I weep for this country," one Iwuala Paul wrote. 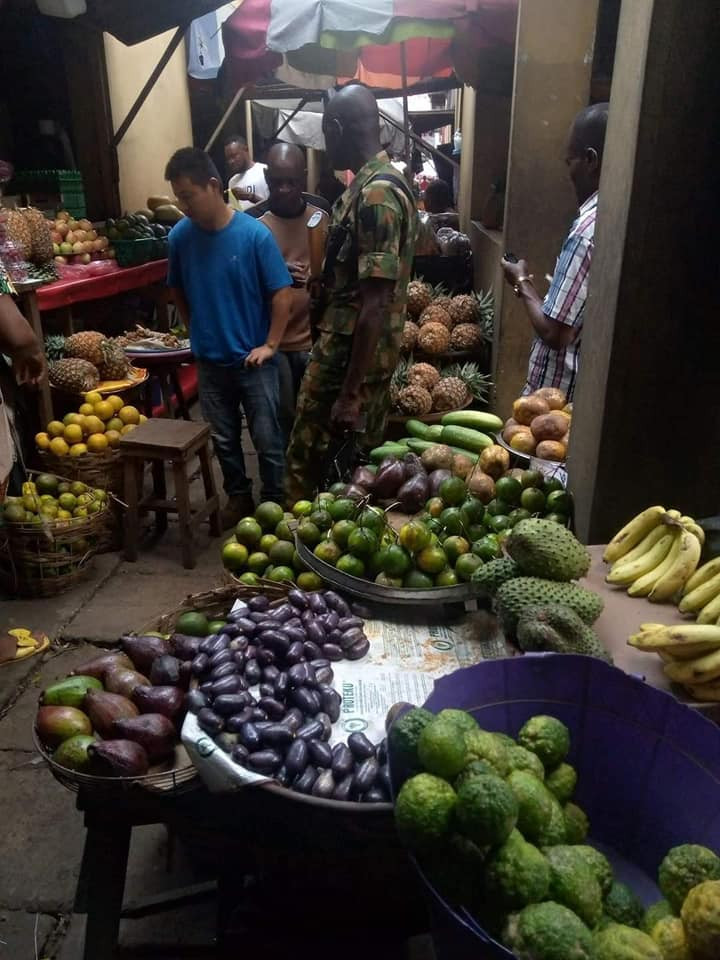 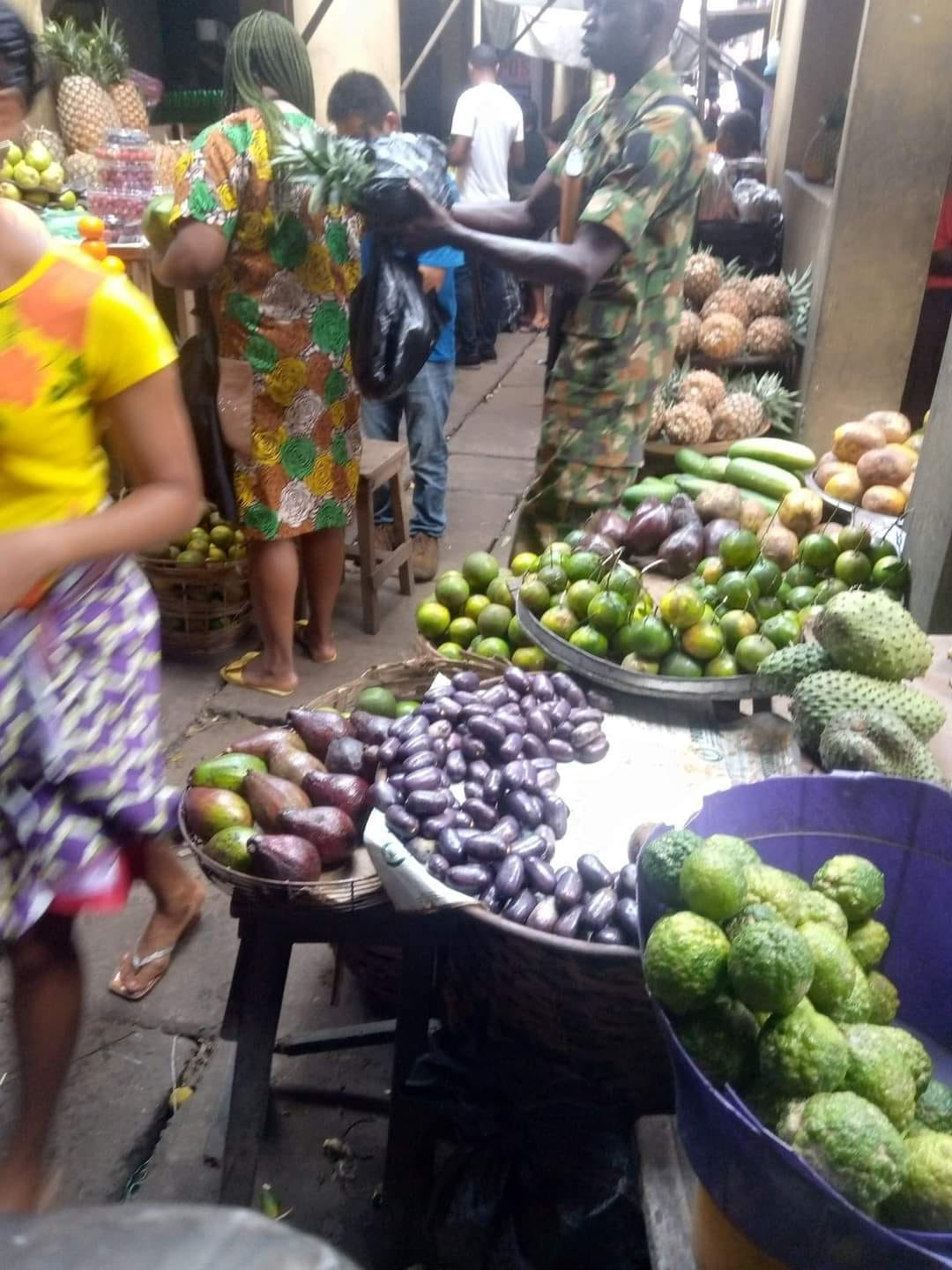 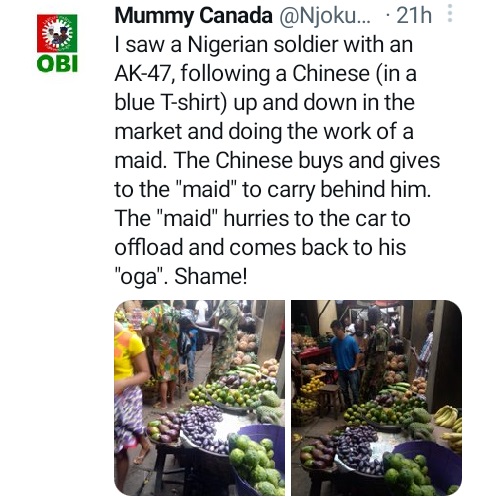 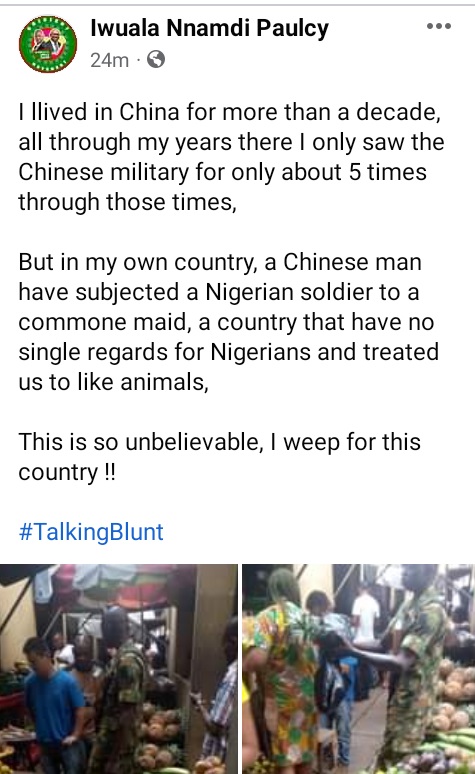 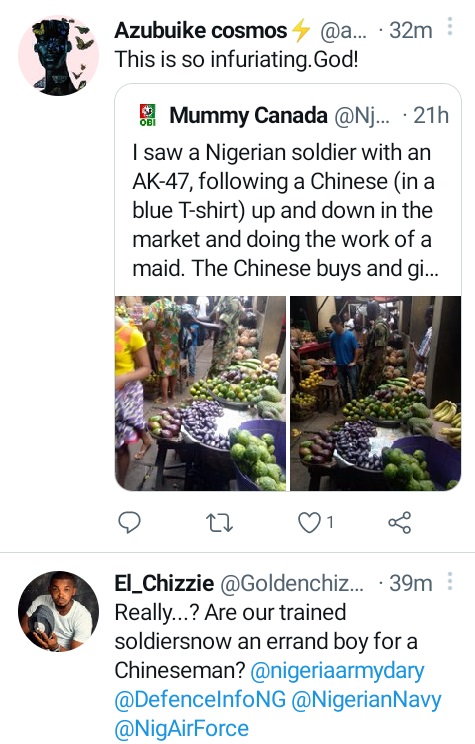 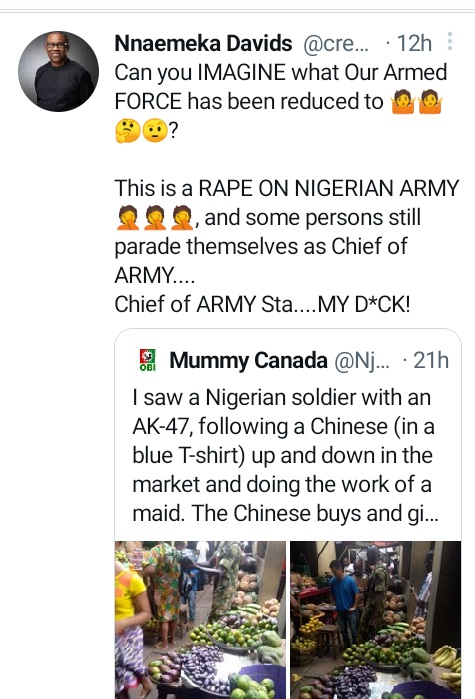 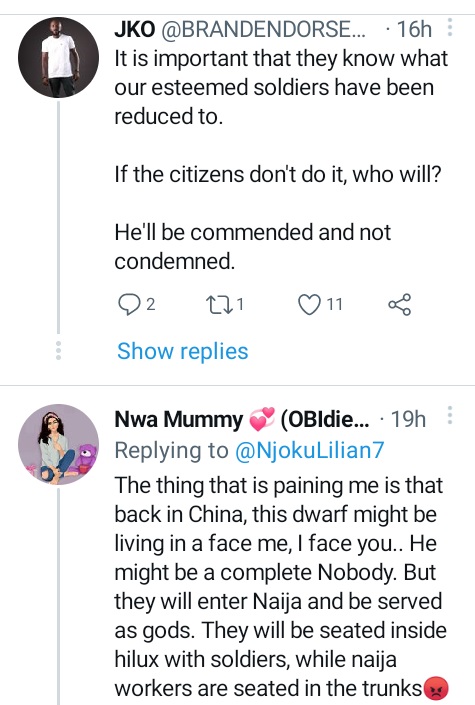