Panic As Commercial Bus Plunges Into River In Delta


Witnesses said that the bus was returning from Port Harcourt, Rivers State, when the ravaging flood forced the driver to lose control. 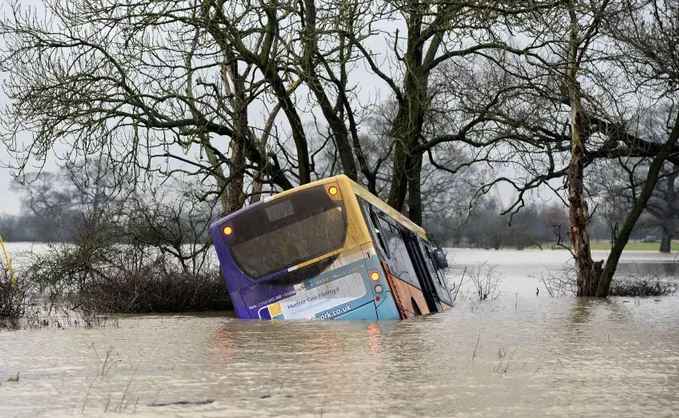 A commercial bus plying the Ughelli/Port Harcourt section of the East-West Road has plunged into a river at Umeh Junction in Delta State.

PUNCH Metro gathered that the incident occurred on Thursday evening.

Witnesses said that the bus was returning from Port Harcourt, Rivers State, when the ravaging flood forced the driver to lose control.

Although no life was lost in the incident, some of the passengers reportedly sustained varied degrees of injuries.

Our correspondent gathered that the flood which has taken over both sections of the Ughelli/Port Harcourt road was yet to recede, thus hampering smooth vehicular movement along the ever-busy highway.

Also, the popular Umeh Bridge in Isoko South Local Government Area of Delta State is reportedly at the verge of collapsing.

According to her, road users, particularly those embarking on long distance journeys, should find time to rest before or during the movement.

Giving the exhortation in a chat with journalists at Owa-Alero, Ika North East Local Government Area, she posited that the corps would not relent in the efforts to ensure zero death on the roads.

“Every driver should have the mindset that they are responsible for the safety of other road users. Avoid alcohol and making phone calls while driving. This has been our message over the years,” she stated.