Actress, Amarachi Igidimbah Recounts How She Almost Died While Being Rushed To The Hospital To Give Birth


She recounted how God kept her baby alive in her womb for eight hours after she almost died while she was being rushed to the hospital for childbirth. 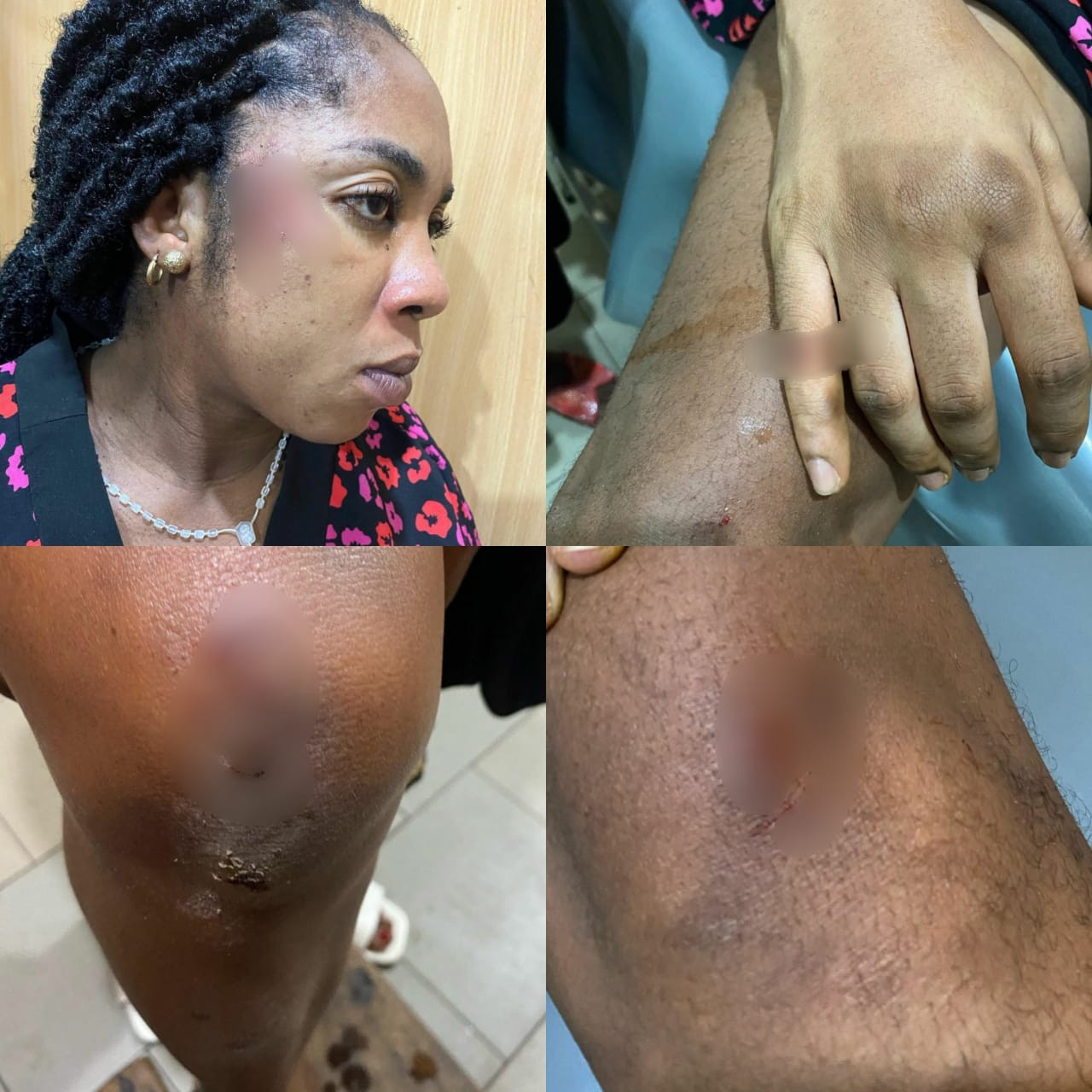 Amarachi Igidimbah, a Nigerian Actress has told the story of how she and her unborn baby narrowly escaped death.

She recounted how God kept her baby alive in her womb for eight hours after she almost died while she was being rushed to the hospital for childbirth.

Taking to her Instagram page, Amarachi wrote; ''TESTIMONY TIME !! .... While there are so many Wonders God have been doing in my life which will not make it to the gram but this particular testimony is a must share !

On the 9/10/2022 , I got into labour contractions around 7pm after a long day of dancing and merriments ‘Lol’ , immediately I called my brother @officialvicky9ice and told him it was time ,

"we moved immediately , trying to get to Onitsha where my maternity is , on getting to Lagos park , see heavy gridlock , and with every passing 10 mins , my contractions intensified , we had no option than to turn and take 1 way , with the hope that any police man who saw my condition will understand , while I tried calling the DTO at that head bridge branch who is my friend , to help us clear Road ,

"I called for for 15 times but he didn’t answer , but as luck would have it the 2 sets of police we met , were nice and wished me safe delivery , until we got to front of GUO , that U-turn where you join the other lane to head bridge , a bus was infront of us and was allowed to pass ,

"just as we were about to join , a police man came out from nowhere , blocked us and insisted we should turn back and go join the traffic , the people in car with me , my sister @oparachinyeaka @officialvicky9ice, my younger brother , my cousin and my girl , everybody at this point was at this man’s mercy , begging and pleading that he let us pass explaining the reason why we took 1 way , this man said he didn’t care,

"at this point I was in the car in pains and frustrated , after a while I stepped down myself in the heat of everything that was going on begging him in my words ‘Oga Abeg have mercy , labour pains is dealing with me’ ‘Common go back’ he screamed at the top of his voice , then immediately I tried grabbing his hand as I was screaming now on top of my voice , this police man pushed me so hard that I landed right in front of my car ,

"@officialvicky9ice seeing what happened rushed out of the car forgetting to put the car on park , by the time he realised the car was moving to me, he rushed back to park it , but out of tension , he matched acceleration instead of break , that’s how my own car wanted to crush me'' 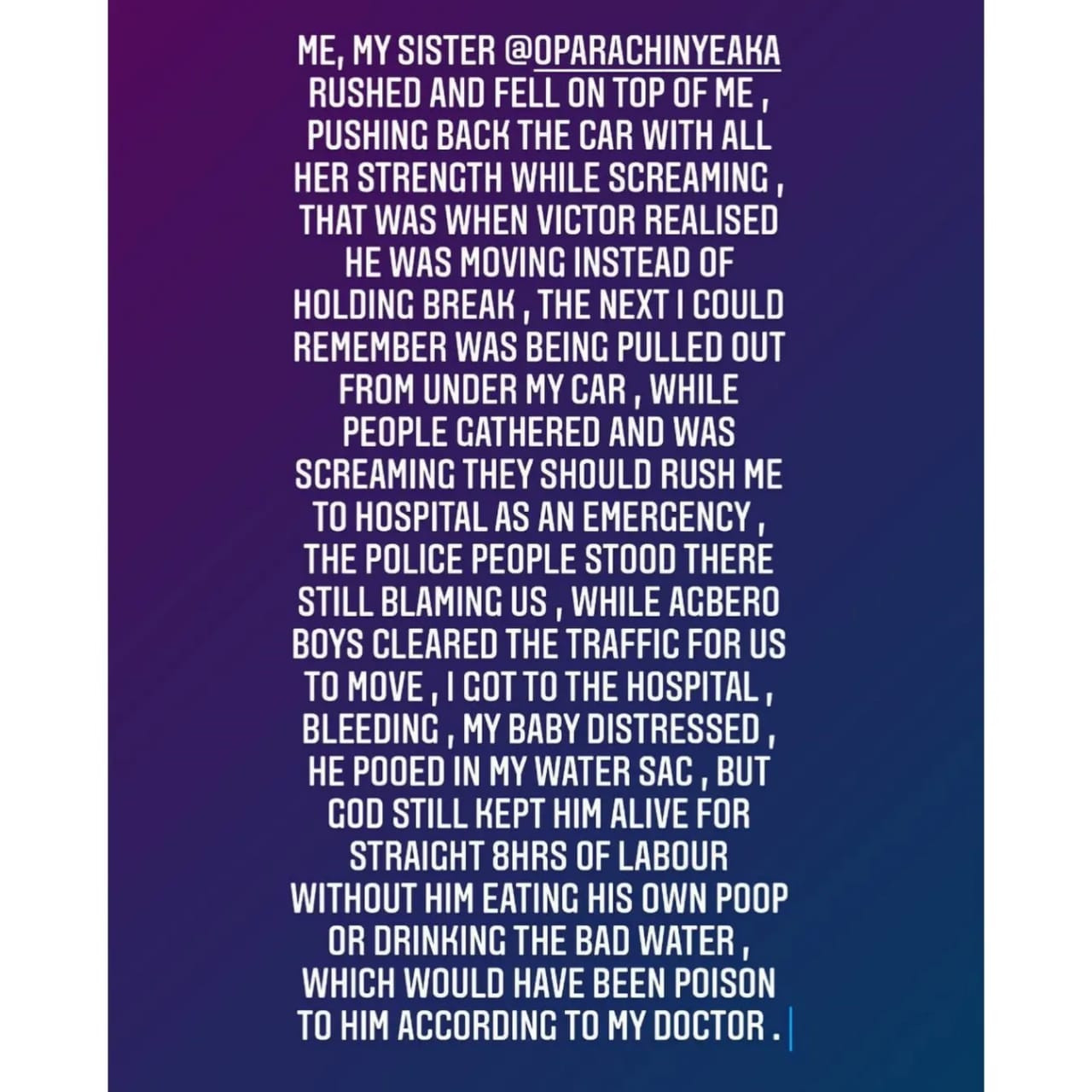 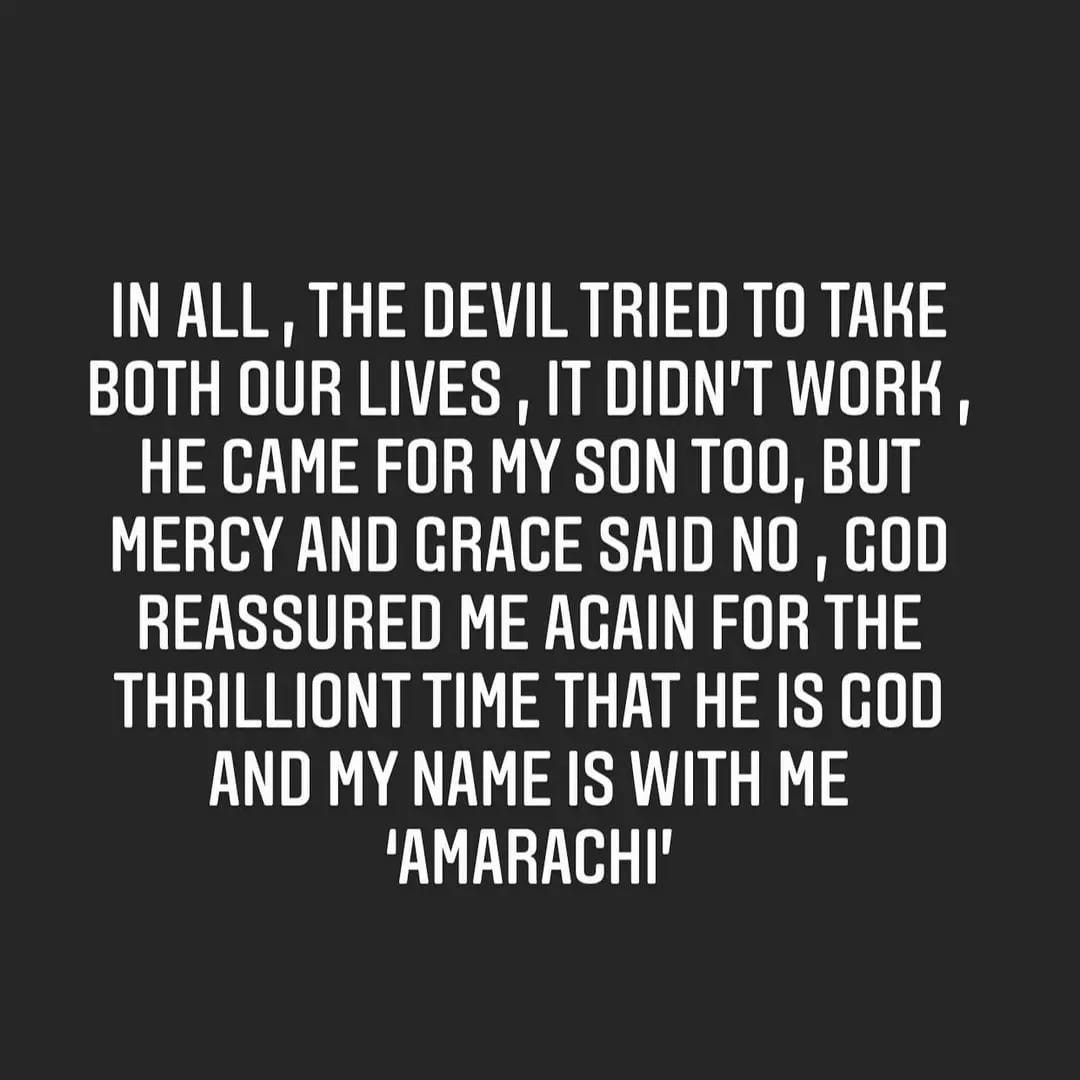