The suspects, said to be members of a dreaded cult group, were apprehended on October 11. 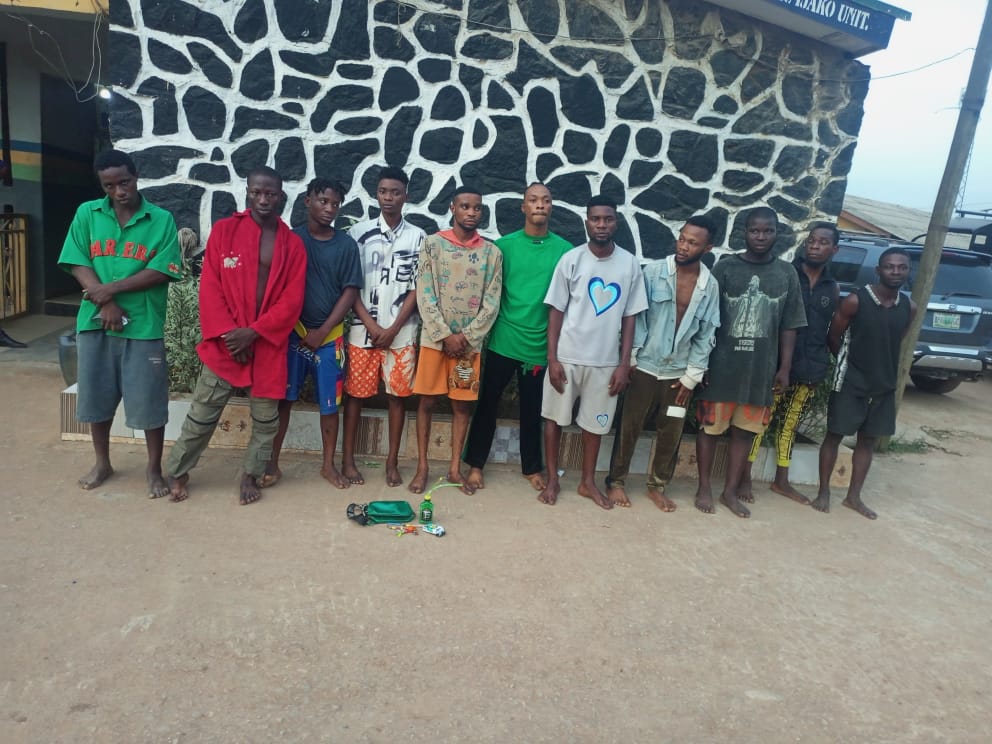 The security agencies in Ogun State have in a joint operation arrested no fewer than 11 suspected cultists at Sango-Ota, Ado-Odo/Ota Local Government Area of the state.

The suspects, said to be members of a dreaded cult group, were apprehended on October 11.

Oyeyemi said they were arrested following information received at Sango-Ota divisional police headquarters that the suspects, responsible for series of cult clashes in Sango-Ota lately, were meeting at 13, Ago Adura Street, Ijoko Ota in preparation “for another round of violent attack.”

Acting on the information, the DPO of Sango-Ota division, SP Saleh Dahiru, had mobilized his men and those of the So-Safe Corps, the Amotekun Corps as well as the Civil Defense Corps to the scene, where seven suspects were apprehended as others escaped.

DAILY POST gathered that four others were nabbed with the assistance of members of the community.

“They have all confessed being members of Aiye cult group,” Oyeyemi said adding that weeds suspected to be Indian hemp, Colorado and Bonky were recovered from the gang.

Meanwhile, the Ogun Commissioner of Police, Lanre Bankole, has directed the transfer of the suspects to Anti-cultists unit of the state CIID for discreet investigation and diligent prosecution.