He has been at the centre of a domestic violence controversy that reportedly led to his wife's death. 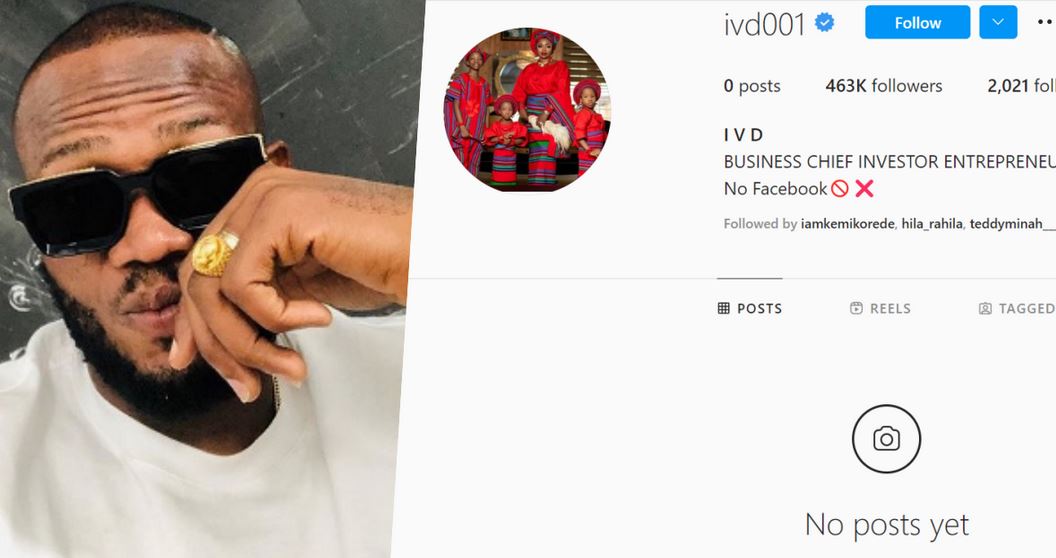 Popular Nigerian businessman, Ikechukwu Ogbonna aka as IVD has changed his Instagram display photo to a picture of his deceased wife, Bimbo Ogbonna and his children.

The car dealer has been at the centre of a domestic violence controversy which reportedly led to the death of his wife.

Asides from changing his display photo, it was also noticed that his followers on Instagram have also increased from 441k on Saturday, to 463k as of this morning. IVD has also deleted every post on his Instagram page.