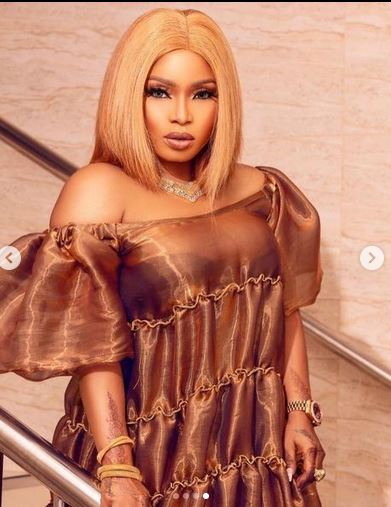 Popular actress, Halima Abubakar has disclosed that she is quitting the movie industry.

The post read: “Halima Abubakar quits acting. We are so grateful for all the prayers, God bless you all. We love you all. Thank you for your support. She is so downcast. She really did love acting.” 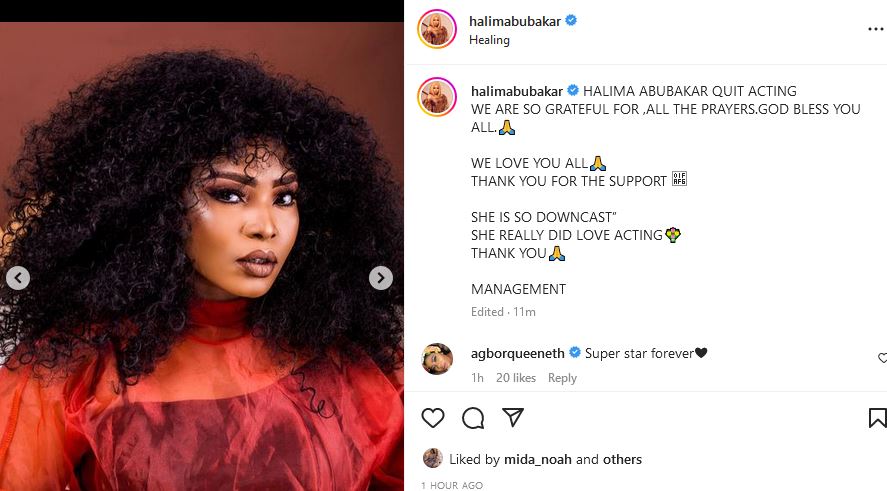 This comes after Halima announced on Instagram that she had been treating an undisclosed illness for a long time.

The actress also accused the president of Omega Fire Ministries Worldwide Apostle Johnson Suleman of being responsible for the illness.

Halima began her acting career in 2001.

She has starred in movies such as Men in Love, Slip of Fate, Tears of a Child, White Hunters and Area Mama.