The dangerous drug locally called Mkpuru Mmiri, were meant for onward delivery to the Republic of Cameroon. 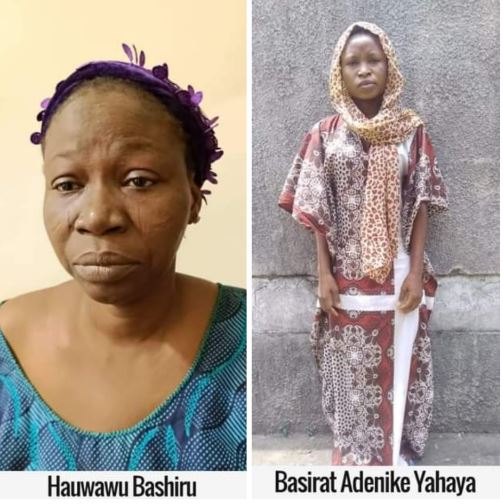 Two women linked to the attempt to export 90 kilograms of methamphetamine through Pastor Anietie Okon Effiong of Promise of Zion Church, Oron, Akwa Ibom state, have been arrested by operatives of the National Drug law Enforcement Agency, NDLEA.

Spokesperson of the agency, Femi Babafemi, in a statement on Sunday, October 23, 2022, said the women, Hauwawu Bashiru and Basirat Adebisi Yahaya, were arrested in Lagos and moved to Uyo to face charges along with the clergyman.

Recall that Pastor Effiong was earlier arrested in connection with the meth believed to have been imported from India.

The consignment packed in three drums and loaded into a commercial bus with registration number RSH 691XC at Ojuelegba in Lagos was intercepted during a stop and search operation along Umuahia - Ikot Ekpene highway on Saturday 6th August 2022.

The dangerous drug locally called Mkpuru Mmiri, were meant for onward delivery to the Republic of Cameroon.