In a letter dated Tuesday October 24, the singer through his lawyers served Naira Marley with notice of contract termination. 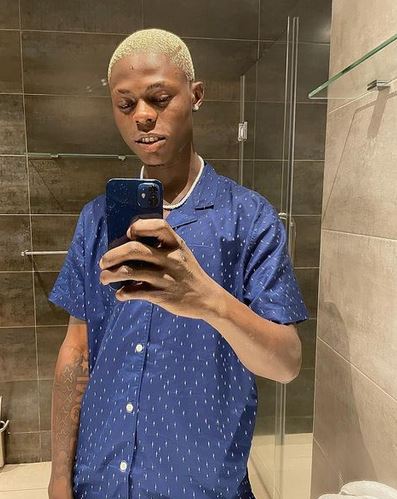 Nigerian singer, Mohbad has terminated his contract with Marlian Record CEO, Naira Marley whom he accused of assault.

In a letter dated Tuesday October 24, the singer through his lawyers served Naira Marley with notice of contract termination.

In the letter tagged “Termination Notice”, the lawyers calmed Naira Marley orchestrated and carried out violent attacks on their client.

The letter also stated that Naira Marley has failed to pay all royalties and advances due to Mohbad as agreed in the contract entered into in 2019.

It also demanded that Naira Marley pay all the royalties, advances, and all monetary compensation due to Mohbad under the contract.

The letter also demanded that Naira Marley hands back to Mohbad the catalog of all the songs released under Marlian Records. 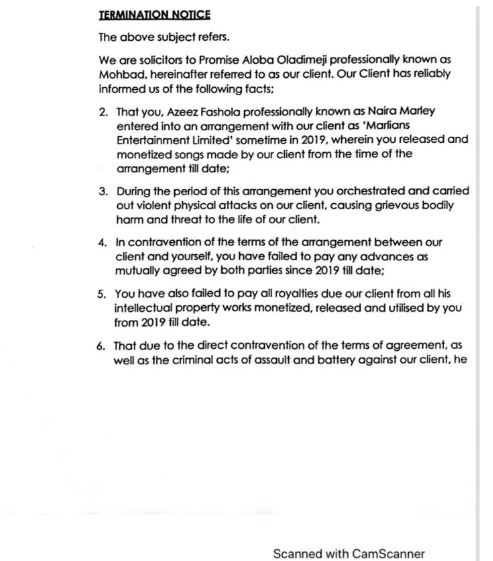 On Wednesday October 5, Mohbad claimed was assaulted by the Marlian crew after he demanded a change of manager.

In a seven seconds video clip, the 26-year-old who wore a white singlet was seen with bruises on his back, neck, and hand.

Recall that during his ordeal with the National Drug Law Enforcement Agency (NDLEA) in February 2022, Mohbad whose real name is Ilerioluwa Oladimeji raised an alarm over an alleged threat to his life by Naira Marley and others.

In a video that circulated on the internet on Friday, February 25, the Naira Marley’s associate could be heard lamenting and calling out the names of his colleagues saying they want to kill him.