General Secretary of NASU, Prince Peters Adeyemi made these remarks, on Wednesday, while fielding questions from reporters on the sidelines of the National Executive Council (NEC) meeting of the union in Abuja. 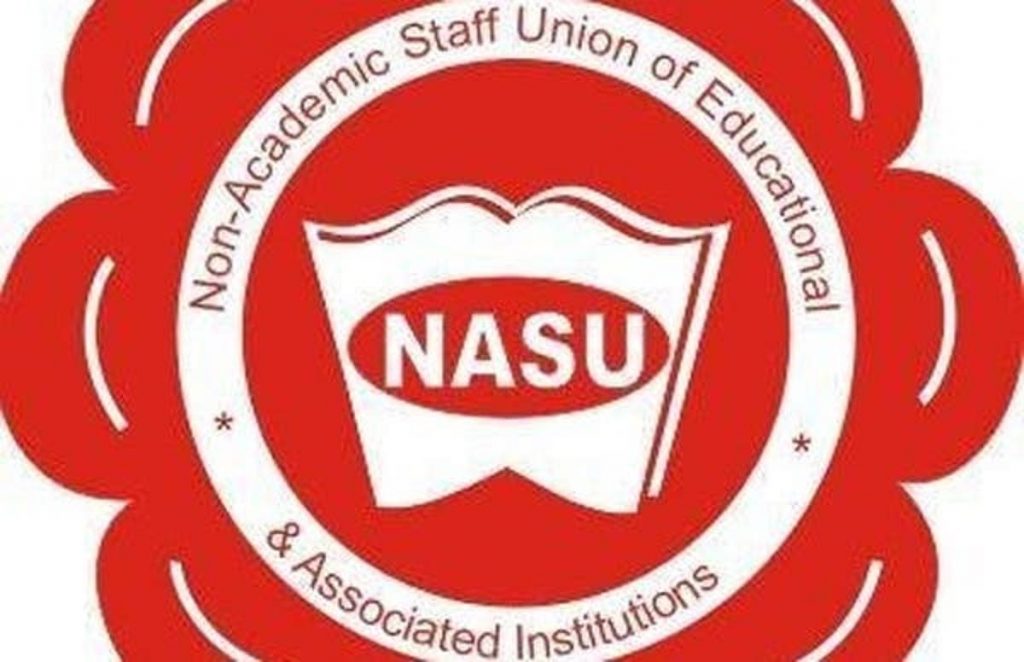 The Non-Academic Staff Union of Educational and Associated Institutions (NASU) has called on the federal government to pay salary arrears for the four months their industrial action lasted.
According to NASU, all parties within the University system have suspended their industrial actions, it behoves on government to start reviewing those hard stances it took while the tertiary institutions were under lock and key.
General Secretary of NASU, Prince Peters Adeyemi made these remarks, on Wednesday, while fielding questions from reporters on the sidelines of the National Executive Council (NEC) meeting of the union in Abuja.
He said a moratorium given to the Federal Government which elapses by November 2022, should serve as a veritable opportunity for the government to sit down and begin to address the existing demands by the Unions, one of which is the salary arrears.
Adeyemi pointed out that under no circumstance would the government sweep the issue under the carpet, especially, when the government obliged the National Association of Resident Doctors (NARD) similar gesture after they suspended their two months strike.
Asked if the Federal Government is still disposed to offsetting the salary arrears, going by its initial stance of ‘no work, no pay’, Adeyemi said, “That is the next issue, you see they say that if there is a fire in the house, you, first of all, have to make sure that you are safe to put out the fire, if you get consumed in the fire, you can’t save anybody.
“Now the process of talking about unpaid salaries will start, and nobody will say the schools are closed, this is the ideal time to begin to appeal to those who have taken those hard stances and we believe that those hard stances were as a result of the fact that the schools were under lock and key.
“I have confidence as a union person that those salaries will be paid because it has been paid to the guys in the health sector, two months, this Minister of Labour and Employment facilitated the payment and he is still there, I am confident he will facilitate this payment”.
Dr Hassan Makolo, National President of NASU while corroborating Adeyemi’s position, said members of trade unions don’t just embark on strike to play to the gallery, contrary to the erroneous belief in the public.
According to him, a decision to call a strike does not come easy for Unionists, because it is done at great cost to their members and the unions.
He said, “Those who think it is easy to go on a strike should think of staying for four, five or more months without a salary or an income and think of what that does to the household of a breadwinner who is taking part in a strike without a salary, in terms of feeding, medicals, transportation, children school fees, aged parents and other relations to cater for as well as the landlord.
“Moreover, most of the children in Public Universities and other tertiary institutions are our children, whereas the children of our employers and other Government functionaries who are expected to resolve the grievances of Unions in the public sector are either studying in Universities abroad or are in Private Universities here at home.
“On the part of the Union, the management of the affairs of the Union continues, including the management of the strike without ‘ check-off dues.
“The actions and inactions of public officials foisted a needless strike on members of NASU in the Universities and Inter-University Centres. The strike would not have started in the first place if they did what was expected of them”.
He stated further that the era of strikes can only be mitigated effectively if collective bargaining in the educational and allied institutions sectors are institutionalised.
Dr Hassan said this is one of the demands they put before the Federal Government, which members of the Federal Government Renegotiating Team rejected.
He explained that government teams should always come to the collective bargaining table with fidelity, including implementing agreements it freely entered into with NASU.
His words, “Over two months after the Agreement signed by the Federal Government with the JointAction Committee (JAC) of NASU and SSANU, which resulted in the suspension of the four months old strike, we have observed that the processes expected to be put in place for the actualisation of the content of the Agreement are yet to be put in place.
“We, therefore, use the opportunity of the ongoing NEC meeting to call on the Honourable Minister of Education, Mallam Adamu Adamu to ensure that the processes for the implementation of the Agreement commence immediately before the members of NASU will start another round of agitation.
“We hope that some other industrial relations issues within the sector which the Government is aware of will be amicably resolved within a minimum time frame”.
Top Stories