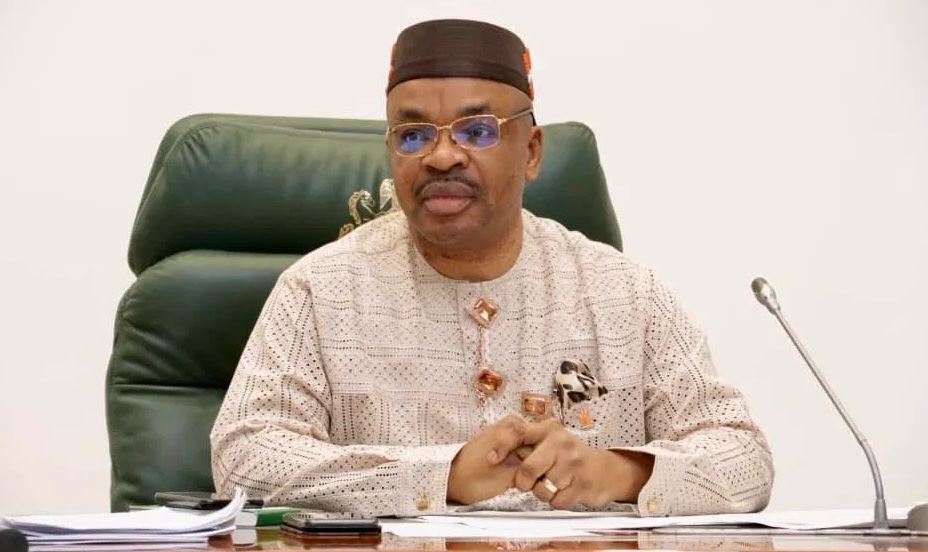 Gov Udom Emmanuel of Akwa Ibom state has donated the sum of  N100 Million and relief materials to victims of the flood in Bayelsa state.

Donating the cash and items to Bayelsa State to Governor Duoye Diri at the Government House, Yenagoa, Governor Emanuel said the gesture was part of Akwa Ibom state’s effort towards cushioning the negative impact of flood disaster on the people of Bayelsa

He said, “When a sad incident occurs, the people look up to the government to come to their aid and I’m glad that you have risen squarely to the occasion and this has given your people hope.”

Responding, the Governor of Bayelsa State, Senator Duoye Diri, appreciated the Governor’s visit and gifts, stating that Governor Emmanuel has proven himself, a leader and not a politician.

“When this flood occurred, you called on the phone which I thought was enough, but this visit by you is very touching. You have risen to the demands of transformational leadership by this action of yours. This is what this moment needs, leaders not politicians and you have proven to be a leader. These gifts that you’ve given to us, will be very judiciously used and I can assure you that our people are very happy.”

“This incident has made 99 percent of the people of Bayelsa Internally displaced. Homes are submerged, roads have collapsed, communication networks have ceased, electricity is completely out since all the transformers are underwater. The damage that our people have suffered is unimaginable. We are therefore very grateful for this great help that you have offered.” Senator Diri reiterated.