Tunde, who is the first son of the former lawmaker, died a few days ago after battling with cancer. 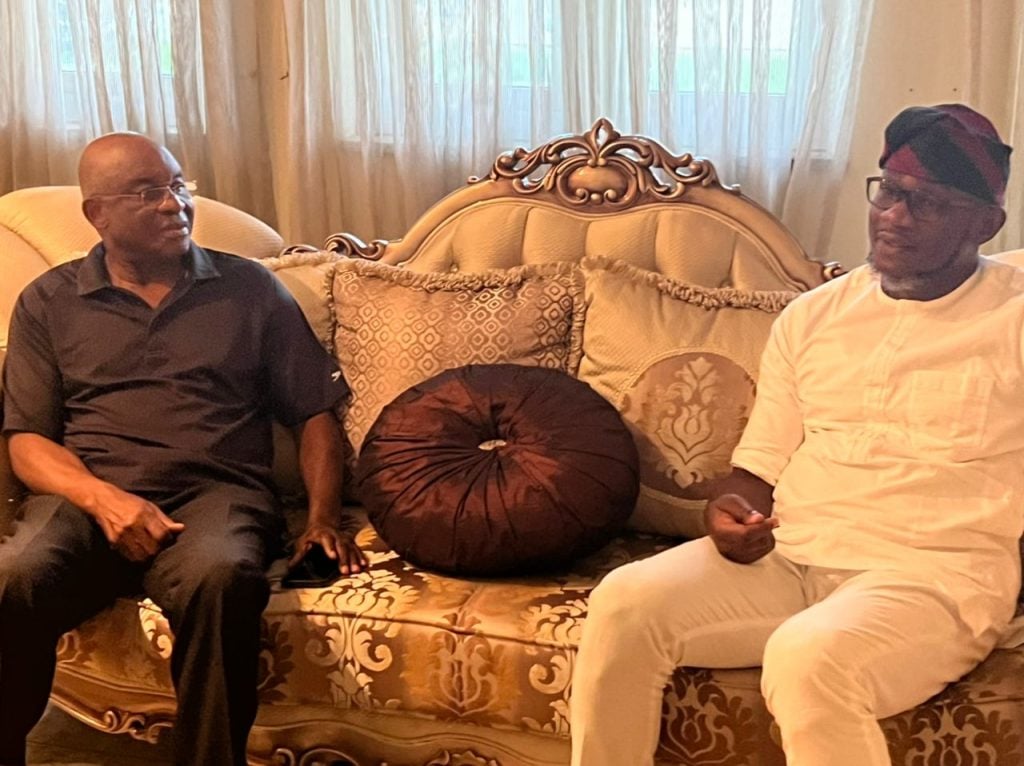 He paid a visit to Mark, the former Senate president, to commiserate with him over the demise of his son, Jonathan Tunde Mark.

Tunde, who is the first son of the former lawmaker, died a few days ago after battling with cancer.

Speaking at the Abuja residence of Mark, Comrade Onjeh said he was shattered by the news of Tunde’s untimely death, noting that himself, family, and associates are saddened by Tunde’s death.

The APC candidate expressed profound condolences to Mark and his entire family, over the “monumental and irreparable loss.”

Onjeh said that Tunde was snatched away by cancer while in his prime, when he still had much more to offer to the world.

The APC candidate noted that he would remember Tunde as a level-headed personality, an accomplished businessman and a great inspiration to the teeming young people of Benue South.

While condoling with Sen. David Mark’s family and the entire good people of Otukpo, Onjeh encouraged the bereaved to seek solace in God and to submit totally to His will.