Today, Elon is the richest man on earth. How did he become rich and built such an empire? 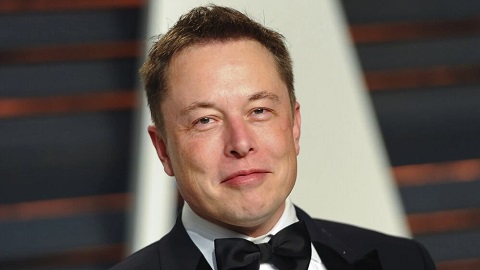 Elon Reeve Musk is the founder of SpaceX; CEO and product architect of Tesla; founder of The Boring Company; co-founder of Neuralink and OpenAI; president of Musk Foundation; and owner and CEO of Twitter.
Today, he's the richest man on earth.
But, how did he build such an empire and became the richest man in the world?
Let's go back to his early childhood - Musk was born in Pretoria. His father came from South Africa while his mother came from Canada. There are speculations that his father had an emerald mine which Musk benefitted largely from. However, the billionaire in a 2021 tweet, said such a thing never existed.
There were also speculations that his father gave him huge sums of money to complete his education and even start start his company. But, Musk has since denied such stories. In fact, the billionaire revealed that contrary to reports of him benefitting from his father and his extended family, they are the ones benefitting from him and his brother.
In his own words, Musk tweeted in 2021:
-I arrived by myself in Canada in ‘89 with ~CA$2500.
-Paid my own way through college, ending with ~$100k student debt. Started 1st company with no funding & just one computer I built.
-There’s no evidence whatsoever of an “emerald mine”.
-My father & his extended family have been dependent on financial support from my brother & me for over 20 years.
How did he make his money?
Musk attended the University of Pretoria before moving to Canada at age 17 via his mother. He then continued his education at Queen's University (Ontario) before transferring to the University of Pennsylvania, where he received bachelor's degrees in economics and physics.
In America, his life turned around when he made a staggering $22 million from the sale of web software company Zip2 which he co-founded with his brother, Kimbal and another inventor, Greg Kouri.
That same year, 1999, Musk co-founded an online bank called X.com. The bank later merged with Confinity in 2000 to become PayPal. PayPal was purchased by eBay for a staggering $1.5 billion in 2002 with Musk estimated to have made $170 million after tax.
Musk went ahead and founded SpaceX which became a huge success in the aerospace industry and is estimated to be worth $127 billion.
Musk is also the CEO and chief engineer of electric vehicle manufacturer, Tesla Motors, Inc. Tesla is the leading manufacturer of electric cars in the world with a worth estimated to be close to $1 trillion.
He co-founded OpenAI; Neuralink and The Boring Company. The Boring Company is estimated to be worth over $5 billion. He's currently the owner and CEO of Twitter following his purchase of the company for $44 billion.
As of October 2022, Elon Musk is worth over $200 billion and is the wealthiest person on earth. Apart from founding companies that became huge commercial success, he is also a good investor.
Top Stories