In a video making the rounds on social media after the match, players of the two countries were seen dancing to Kizz Daniel’s single ‘Cough’ 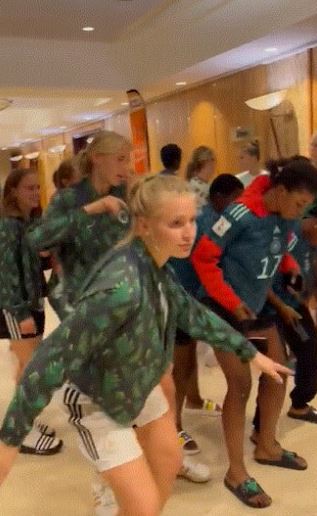 A video has captured the moment some members of Germany's Under 17 women's team vibed with their Nigerian counterparts on Sunday to Nigerian music after losing their third-place encounter 3-2 on penalties.

The Nigerian team had dominated the encounter with a 3 nil deficit, courtesy of goals from the trio of Opeyemi Ajakaye, Amina Bello and Etim Eddidiong.

The Germans fought their way back into the encounter with goals from Jella Velt, and Paulina Bartz and a last-minute acrobatic kick from Loreen Bender; cancelled Nigeria’s three goals deficit.

This resulted into penalties where Nigeria emerged victorious.

In a video making the rounds on social media after the match, players of the two countries were seen dancing to Kizz Daniel’s single ‘Cough’.