Eight Popular Rappers Who Were Murdered


Hip hop has a higher rate of homicide than any other genre of music, ranging from five to 32 times higher. 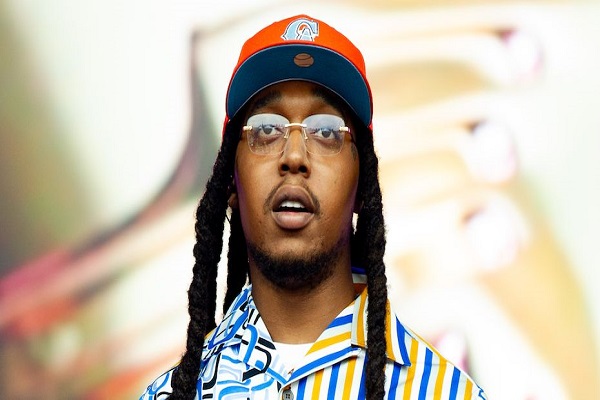 Several rappers have been murdered over the years.

In fact, there are at least 60 rappers and hip hop musicians who have been murdered between 1987 and 2022.

Two studies in 2010 concluded that murder was the cause of 51.5% of hip hop musician deaths.

Hip hop has a higher rate of homicide than any other genre of music, ranging from five to 32 times higher.

Some reasons cited for the high homicide rate include poor background of many artistes, criminal gang activity, drug use, and poor pastoral care among artistes and record labels.

Kirshnik Khari Ball known professionally as Takeoff, was an American rapper best known as a member of the hip hop trio Migos along with his uncle Quavo and first cousin once removed Offset.

On November 1, Takeoff was shot and killed at 810 Billiards & Bowling in Houston, Texas.

His uncle Quavo was present during the shooting but was not injured.

It was reported by the Houston Chronicle and TMZ that an argument broke out after a dice game that led to the fatal shooting.

On September 12, PnB Rock was robbed and fatally shot at Roscoe’s House of Chicken ‘N Waffles near Main Street and Manchester Avenue in South Los Angeles.

He saved his partner, with whom he had a two-year-old daughter, by throwing her under a table.

The juvenile and Freddie Trone were charged with one count of first-degree murder, two counts of second-degree robbery, and one count of conspiracy to commit robbery.

On February 19, 2020, Pop Smoke was renting a house through Airbnb owned by The Real Housewives star Teddi Mellencamp and her husband, Edwin Arroyave, in Hollywood Hills, California.

At around 4:30 a.m., five hooded men, including one wearing a ski mask and carrying a handgun, broke into the house through a second-story balcony while Pop Smoke was taking a shower.

The intruders held a gun to a woman’s head and threatened to kill her.

On March 31, 2019, Nipsey Hussle was fatally shot outside his store in South Los Angeles.

Eric Holder, a 29-year-old man who confronted him earlier that day, was arrested and charged with murder two days later.

Holder was found guilty of first-degree murder on July 6.

Jahseh Dwayne Ricardo Onfroy, known professionally as XXXTentacion (often stylised as XXXTENTACION) and commonly referred to as simply X, was an American rapper, singer, and songwriter.

On June 18, 2018, XXXTentacion, age 20, was murdered when he was shot near a motorcycle dealership in Deerfield Beach, Florida.

The attackers fled the scene in an SUV after stealing his Louis Vuitton bag containing $50,000 in cash.

Four suspects were arrested and charged with first-degree murder among other charges.

In August, one of the four men pleaded guilty to second-degree murder in exchange for testimony against the other three defendants in their upcoming trial.

On February 15, 1999, Big L was killed at 45 West 139th Street in his native Harlem after being shot nine times in the face and chest in a drive-by shooting.

Gerard Woodley, one of Big L’s childhood friends, was arrested three months later for the crime.

On March 8, 1997, an unidentified African-American man dressed in a blue suit and bow tie, rolled down his black Chevy Impala’s window, drew a 9 mm blue-steel pistol, and fired at Wallace’s car.

Four bullets hit Wallace, and his entourage subsequently rushed him to Cedars-Sinai Medical Center where doctors performed an emergency thoracotomy but he was pronounced dead.

Tupac Amaru Shakur, also known as 2Pac and Makaveli, was an American rapper, widely considered one of the most influential rappers of all time.

On September 7, 1996, a model Cadillac sedan pulled up to the passenger side and an occupant rapidly fired into the car hitting Shakur four times: once in the arm, once in the thigh, and twice in the chest, with one bullet entering his right lung.