Despite Amaechi’s pleas before his death, the Federal Government ruled out a political solution to Kanu’s release. 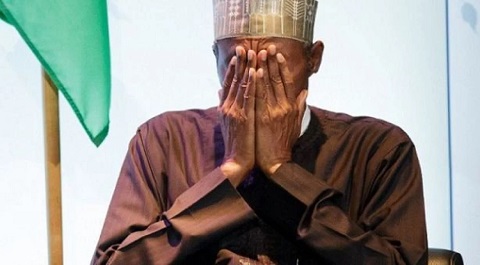 President Muhammadu Buhari has been lambasted for refusing to honour the last wish of First Republic Minister, Mbazulike Amaechi before his death.
Recall that the minister died on Tuesday morning at the age of 93.
Ohanaeze faulted the Federal Government's refusal to honour the deceased’s last wish which was the release of Mazi Nnamdi Kanu, leader of the Indigenous People of Biafra, IPOB
Despite Amaechi’s pleas before his death, the Federal Government ruled out a political solution to Kanu’s release.
The nonagenarian, before his death pleaded with Buhari to set the agitator free as it would guarantee peace in the South-East and stabilise the country, an appeal the government did not consider.
However, Buhari in his condolence message by his spokesman, Garba Shehu, recalled his encounters with Amaechi in Abuja and Abakaliki, Ebonyi State.
He recalled Amaechi’s words saying: “I don’t want to leave this planet without peace returning to my country. I believe in one big, united Nigeria, a force in Africa. Mr President, I want you to be remembered as a person who saw Nigeria burning, and you quenched the fire.’
Speaking to Daily Post, the National President of Ohanaeze Ndigbo Youth Council, Mazi Okwu Nnabuike said Amaechi’s death was devastating.
According to him, “His death is most devastating because he died with a most unfulfilled wish. No matter how you look at it, he did not die a happy man.
“He begged President Buhari to release Mazi Nnamdi Kanu to him but Buhari did not oblige him. It is cruel of the present administration. This is the last surviving minister of the First Republic, but his wish could not be granted.
“Now the same President is reminding us how Amaechi’s words resonate, how he wished for a peaceful South-East and Nigeria in general. But the same Buhari government made sure that his wish never came to pass.
“So, to us, the entire youths of Igbo land, Buhari’s condolence message is a mockery of Ndigbo; the presidency is smiling over our misfortune, over the loss of an iroko in Igboland.”
Speaking further, the youth leader urged the president to carry out the deceased wish as a way to honour his lagacy
“What they could not do for him while he was alive, they should do now. We are expecting a posthumous honour for him, which is to free Nnamdi Kanu,” the youth leader said.
Top Stories