Recall that Otobo had in April 2017 accused Suleman of having a sexual relationship with her. 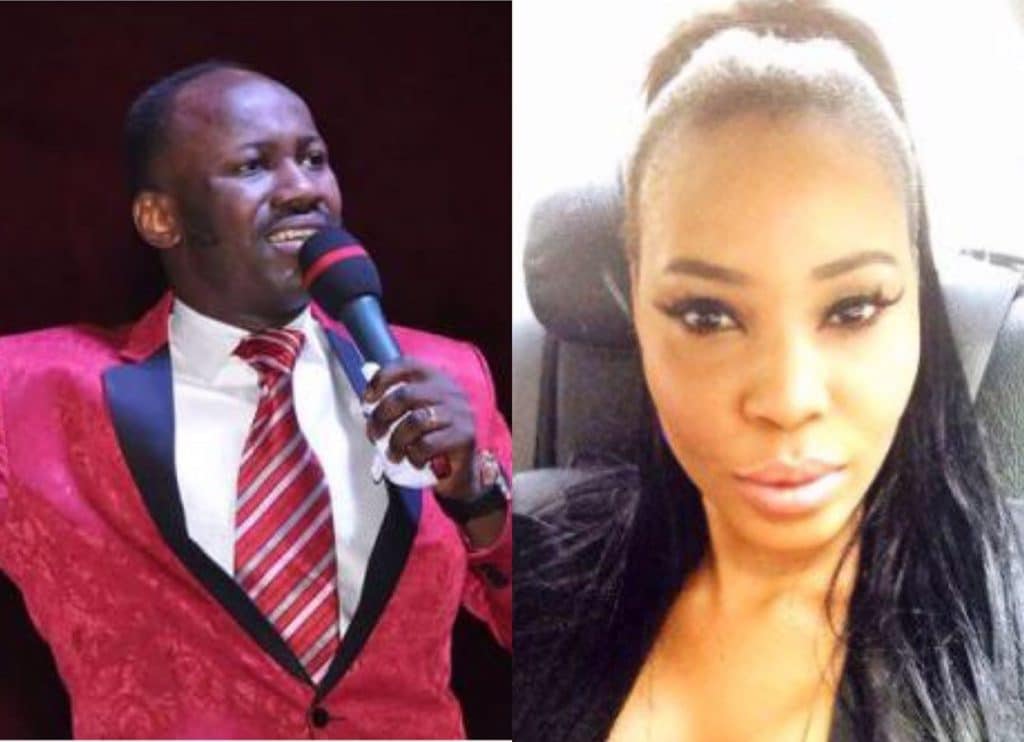 Stephanie Otobo, the Canada-based Nigerian singer, has again resumed her attacks on Apostle Johnson Suleman, the founder of Omega Fire Ministry.
The singer in a social media post, alleged that Suleman does not want her to shine.
Recall that the two have been embroiled in wrangling for over five years now.
Otobo had in April 2017 accused Suleman of having a sexual relationship with her.
She also claimed the sexual affairs between the pair got her pregnant, alleging that Suleman subsequently gave her a concoction to drink to terminate the pregnancy.
However, the cleric denied the allegations and took the matter to court. Otobo was later arrested and taken to court.
She subsequently withdrew the allegations against Suleman, stating that powerful politicians and some pastors paid her to blackmail him.
But Otobo resumed her attack against Suleman in May 2022, insisting that she had an affair with him.
Taking to her Instagram account on Wednesday, the singer alleged that Suleman is trying to steal her Instagram account.
She wrote: “This is the 2nd attempt in the last 3 days someone has been trying to steal my account. Suleman doesn’t want people to see me shine so he’s doing what he knows how to do best (use money to oppress ppl) and despite the fact that God is warning him to leave his children alone,” she wrote.
“Please, anyone can help identify that Nigerian no?? They tryna steal my account for days now.”
Top Stories