Adebanjo, who laughed at Fasoranti's statement, stated that they were waiting to see who would attend any Afenifere meeting in Akure, Pa Fasoranti's hometown. 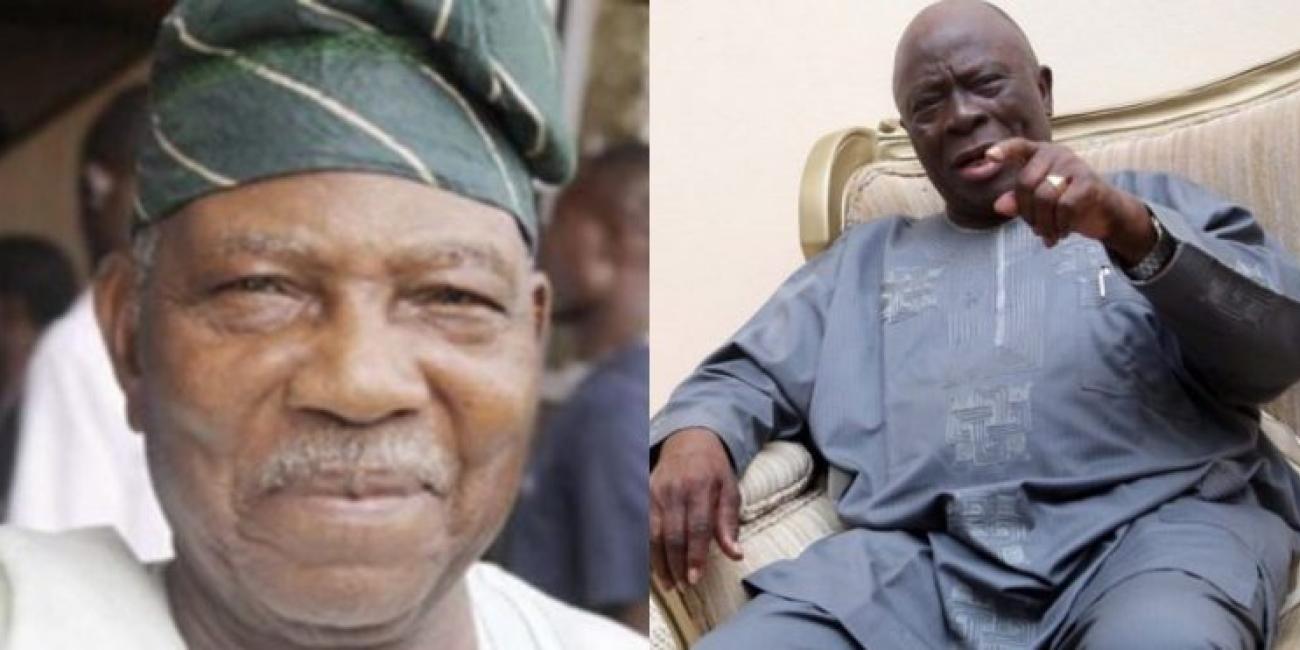 Chief Ayo Adebanjo has said he remains the authentic acting leader of South-West group, Afenifere.
This is as he dared a former leader of the group, Chief Reuben Fasoranti to hold meetings in Akure.
Adebanjo made this known in an interview on Wednesday, according to Sahara Reporters.
The latest outburst comes after Fasoranti had claimed that he is the recognised leader of the group.
He had therefore stated that the meeting of the socio-political organisation would henceforth hold in Akure, capital of Ondo State and that the leaders of the group would no longer converge on Isoya Ogbo, Ijebu home of Chief Ayo Adebanjo.
Fasoranti had noted that the group never endorsed the Labour Party’s presidential candidate, Mr Peter Obi, for the 2023 presidential election, who was an endorsed candidate of Pa Adebanjo.
He had also denied being paid to endorse Bola Tinubu, the presidential candidate of the ruling All Progressives Congress (APC), saying he had always been a man of principle.
Reacting in an interview with Daily Independent, Adebanjo, who laughed at Fasoranti's statement, stated that they were waiting to see who would attend any Afenifere meeting in Akure, Pa Fasoranti's hometown.
Adebanjo said, “No problem. Let them hold the meetings in Akure and see the number of people that will attend.”
“I am the leader of Afenifere. They are just trying to cause confusion and I won’t help them to do that. If he says people should not come.”
There seems to be a fraction in Afenifere after some of its leaders publicly endorsed Tinubu on Sunday.
Meanwhile, on behalf of the organisation, Adebanjo had endorsed Obi, insisting that the South-East should produce the next President for the sake of fairness.
Reacting to Adebanjo’s comment, Fasoranti, in an interview he granted, had said Adebanjo lacked the capacity to warn him not to welcome Tinubu.
He said he (Fasoranti) was still the leader of the Afenifere, who had such power.
He had said, “What happened was that Adebanjo took a stand and I took a stand. I didn’t call him and he didn’t call me. We never spoke about the (Tinubu’s) visit. Obi has no stand in our mind at all.”
Top Stories