Man Wakes Up From Coma With Amazing Skill (Photos)


Moe Hunter, 38, spent more than a month in a coma where his heart even stopped after being diagnosed with a rare form of bacterial meningitis and tuberculosis in his brain. 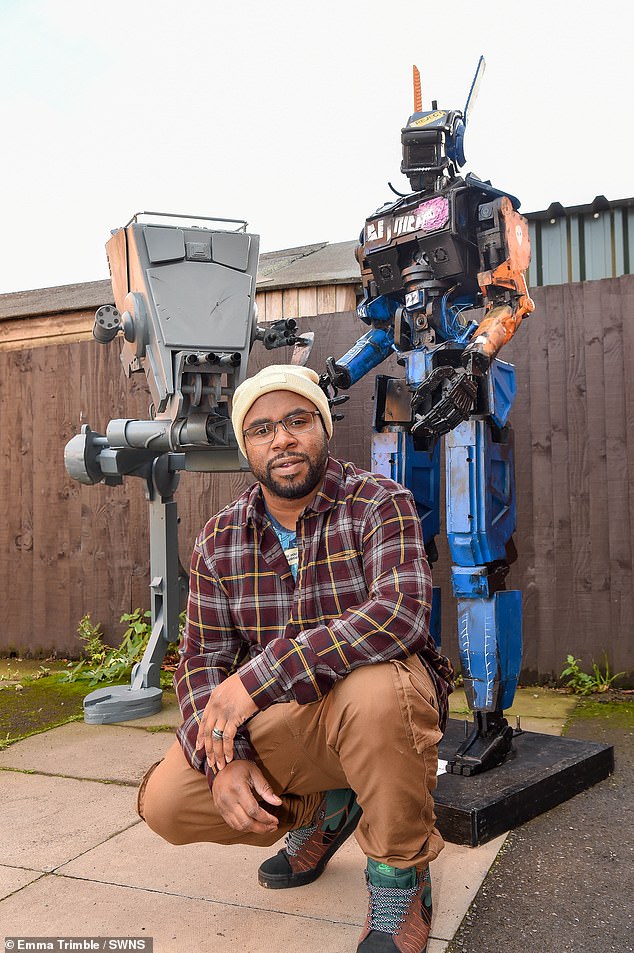 A man who fell into a coma has woken up with an amazing art skill.
Dailymail reported that the incident has left medical experts baffled.
The man is now a professional carpenter and model maker.
Moe Hunter, 38, spent more than a month in a coma where his heart even stopped after being diagnosed with a rare form of bacterial meningitis and tuberculosis in his brain.
He awoke from brain surgery with no memory but soon left his friends and family stunned when he started to display a special gift he didn't possess before.
Mr Hunter suddenly discovered he had a newfound creative flair and an inexplicable talent for drawing, painting and model building - despite being 'rubbish' at art at school.
He used his new skills to embark on a career as a self-employed carpenter and began building intricate life-size model replicas from the world of TV and film.
Mr Hunter, a married father of one, has since sold pieces of his artwork and has displayed his amazing creations at Comic-Con events across the country.
He has also appeared on Keith Lemon's 'Fantastical Factory of Curious Crafts' after producers heard about his dramatic transformation.
Mr Hunter revealed people used to laugh at his artwork when he was younger before his unbelievable transformation into a talented artist.
He said medical professionals could not explain how it happened before his neurologist told him: 'Just enjoy it.'
His home in Hereford is now adorned with amazing paintings, illustrations and models - from a life-size R2-D2, Chappie and an AT-ST from Star Wars.
Mr Hunter said: 'I really wasn't creative before in the slightest, in fact people used to laugh at my drawings. I was more interested in going out, football and computer games.
'Even to this day some of my family can't believe it, they're still completely shocked.
'It's insane but when I spoke to the neurologist he just said 'enjoy it' and said there's so much about the brain they still can't decipher and this is just a phenomenon. 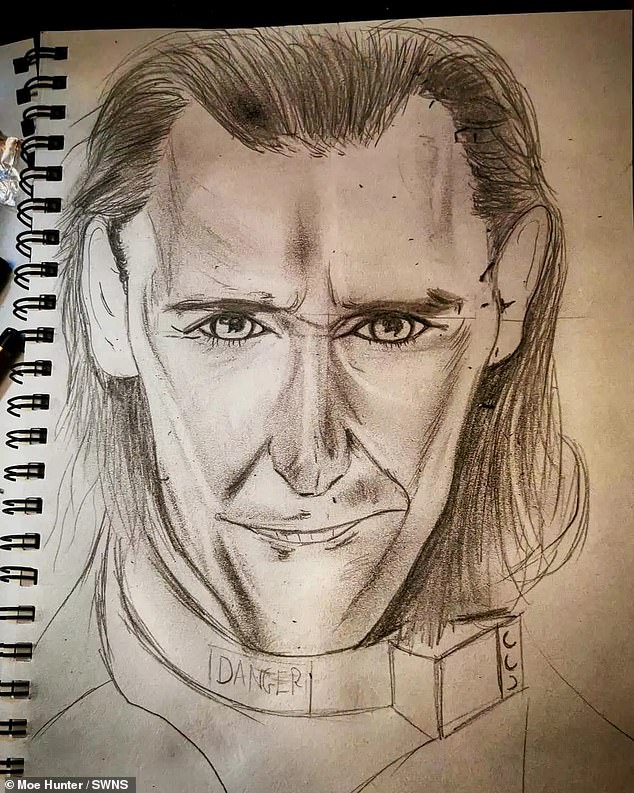 'I look at all of my stuff now and I'm like "never in a trillion years could I do this stuff". I have no idea how it happened.
'My doctor said that I was a walking miracle to be able to recover as quickly as I did - but when I started displaying these new artistic talents they were just stumped.
'Nobody has really given a medical explanation for it. I just know comas can do crazy things to a human brain.
'They just kind of said there's many stories and theories over the years and people have woken from comas with skills and even speaking other languages.
'I remember the first thing I drew afterwards was a Legend of Zelda sketch and my mum turned around to me and went 'when did you learn how to draw?'
'It was crazy, I haven't stopped since then.
'I just found I had this passion there which never existed in me before.
'I just feel incredibly lucky but also shocked as I really don't know where this came from.'
Mr Hunter was struck down by a rare form bacterial meningitis and tuberculosis in his brain which left him fighting for his life in 2004.
He was left in a coma as doctors performed vital lifesaving surgery by installing a shunt to drain fluid from his brain at Birmingham's Queen Elizabeth Hospital.
Before his diagnosis, Mr Hunter had no interest in crafts or any notable creative ability.
Now he is channeling his new-found talents as a carpenter and he has been working on handmade replicas of icons from popular culture.
He enjoys buildings things and creates art from movies especially Star Wars, Marvel movies and video games from MDF and recycled materials.
Mr Hunter, who is originally from Birmingham, added: 'They still can't tell me how the tuberculosis came around.
'They say people can't dream in comas but I know what I saw in my coma, it was dream like and really vivid.
'I woke up on October 13, 2004. I don't remember anything before 2004 - everything has been relayed to me by family and friends.
'After being given this second chance at life and a new talent, I wanted to make the most of it so I went self-employed as a carpenter making toyboxes.
'This wasn't something I could have done before and it was nice. I really enjoyed it.
'As a bit of a hobby I made an X-Wing starfighter from Star Wars. Then it progressed to a huge Chappie using MDF wood. He was around 7ft tall and he had all moving arms and legs. 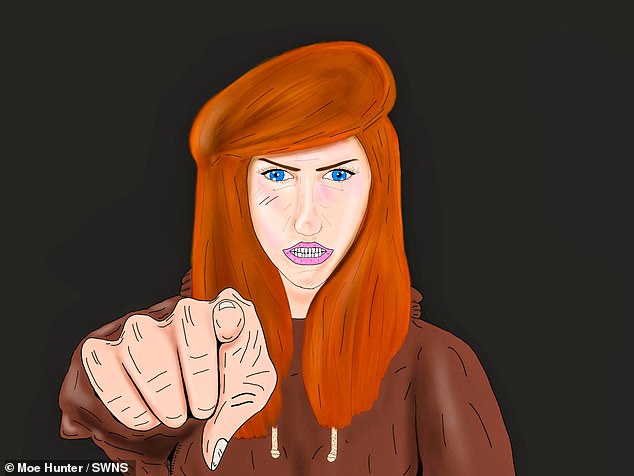 'After that I got an email from the director of Chappie and he sent me a package with all the movie props from the movie too. That was quite bizarre.
'I've met some of the cast of Star Wars and the man who made Darth Vader's helmet came and spoke to me. I've been really lucky where this new talent has taken me.
'I've made an AT-ST from Star Wars as well. Last year I did an R2-D2 out of wood, it took two months. Next will be a Pod racer from Episode 1.
'I've written my own comic story too so it has extended to creative writing as well which I never would have touched before.
'I'm doing all of my own illustrations for it. I'm also writing a screenplay. I've got all the ideas but no idea how to do bring it to life.
'I've been in touch with some guys from Netflix and they've sent me screenplays so I can form it right so who knows, maybe that is next.
'I'm just doing what my neurologist told me to do and just trying to enjoy it.'
Top Stories